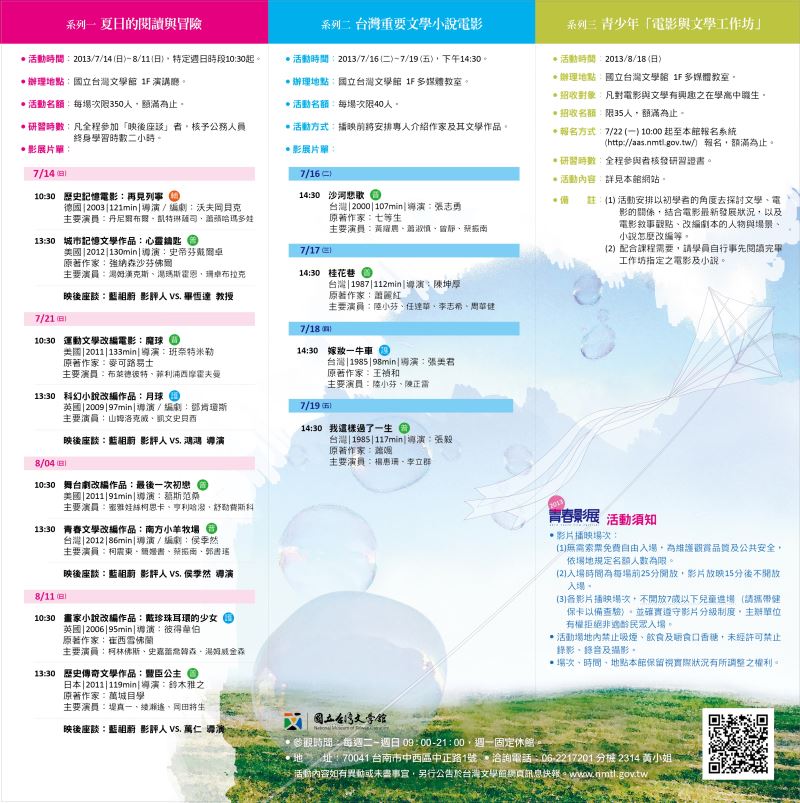 Twelve films will be screened for free at the National Museum of Taiwan Literature's (NMTL) 2013 Youth Film Festival, which is slated for July 14 to Aug. 18 in the southern city of Tainan.

Now in its sixth year, the festival will feature films handpicked by Taiwanese film critic Lan Tsu-wei (藍祖蔚), as well as student workshops on film and literature.

The film screenings are divvied up among two categories this year - "Summer Reading and Adventures” and "Cinematic Adaptations of Taiwanese Literature.”

The second segment of the festival, "Cinematic Adaptations of Taiwanese Literature,” will run from July 16 to 19 to show four films inspired by the following books - "Lament of The Sand River” by Chi Ten-shung (七等生), "Osmanthus Alley” by Hsiao Li-hung (蕭麗紅), "Oxcart Filled with Dowry” by Wang Chen-ho (王禎和) and "Kuei Mei, A Woman” by Hsiao Sa (蕭颯).

Before every screening, which will be open to an audience of 40 each, an introduction of the featured author will be presented.

On the festival's ending day, there will be a workshop to discuss the relationship between literature and films, with topics ranging from cinematic adaptation to the different perspective tools available to storytellers.

The speakers scheduled for the Aug. 18 event are film critics Lan and Lee Ya-mei (李亞梅) and professor Lin Wen-chi (林文淇). The workshop will accept up to 35 high school students. Please log onto the event website (http://aas.nmtl.gov.tw) to sign up for the workshop. 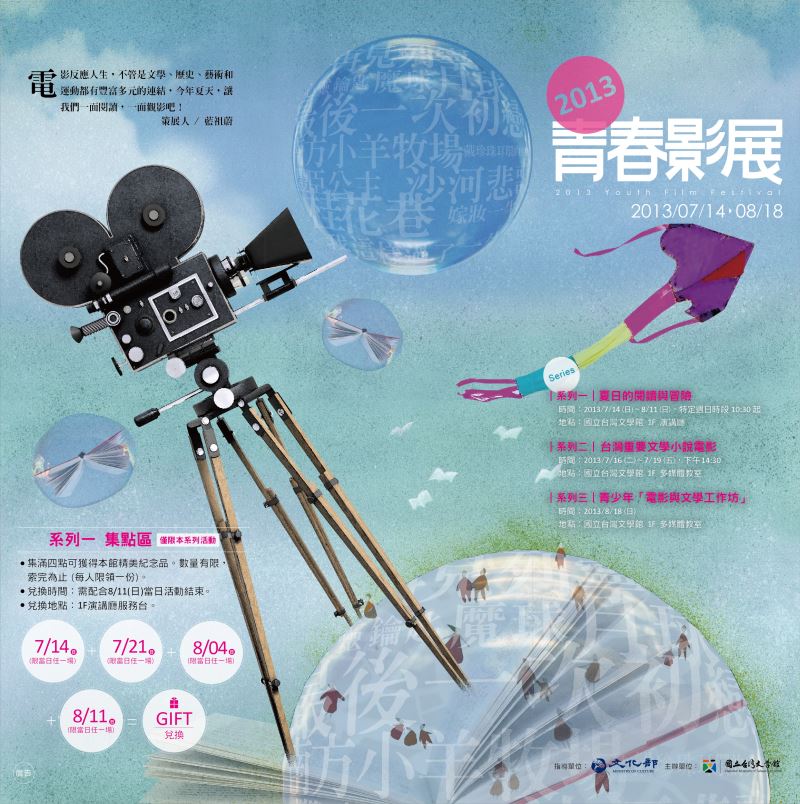