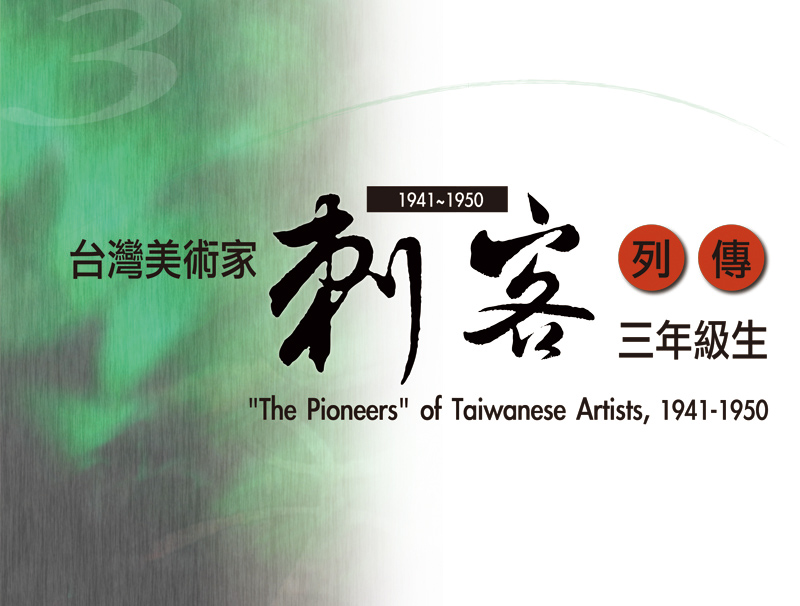 "The Pioneers of Taiwanese Artists,” a series of exhibitions organized by the National Taiwan Museum of Fine Arts (NTMFA) in Taichung City, features the works of Taiwanese artists born in the six decades between 1931 and 1980. By categorizing them into six "grades” or classes, the exhibitions showcase the artists' unique personal styles and provide an insight into the fine arts scene in post-World War II Taiwan.

Because of the rapid and constantly changing development of art in Taiwan during the post-war period, the traditional generational measurement of 30 years is too long to properly explain the characteristics of the time. Therefore, the NTMFA employs the term "grade,” which has been widely used in Taiwan in recent years to refer to a decade, to classify the artists in order to depict the changing art styles of the time in Taiwan.

In addition to dividing the period according to "grade,” the exhibitions also feature artists who have the characteristics of "assassins” - i.e. the willingness to sacrifice their lives for an ideal. Their determination to "do the right thing” can even change the course of history, as described in the Records of the Grand Historian's Biographies of Assassins.

Hence, the series of exhibitions aims to select artists from each "grade” who have devoted themselves to art creation in a manner similar to that of a dedicated "assassin,” and to explore and study their unique and groundbreaking performances, making every effort to provide the public with ideas about the development of Taiwan's fine arts in the time period by examining their individual ways of thinking with regard to the creation of artistic works.

The second exhibition of the series focuses on 20 artists born between 1941 and 1950. It explains why and how they inaugurated a new scene for Taiwan's fine arts with remarkable persistence for their respective individual artistic visions, by analyzing the uniqueness and meaning of their work, and connecting that work to the time period in which they grew up.

These artists were born during or after WWII; they were the first generation reaching maturity and being educated in Taiwan after the war. In their formative years, the economy, educational system and social structure of the country had steadily been transformed, despite the political changes and the diplomatic crisis of the 1970s. The situation at that time also provided the driving force behind Taiwanese society's reflection and enlightenment. Although there were still many grim taboos under the authoritarian rule of that period, the awareness of the native land was awakening.

"The Pioneers of Taiwanese Artists - II” will run till Sept. 15 in Taichung. For more information, please visit the event website.