Taiwanese-Australian violinist Ray Chen, who won thefirst prize at the Yehudi Menuhin International Competition for Young Violinists and the Queen ElisabethCompetition in 2008 and 2009 respectively, will perform in Taiwan this weekend.

Along with guest conductor Okko Kamu of Finland and the National Taiwan Symphony Orchestra (NTSO), Chen will be part of a concert series titled "Love and Death - Part XI - Pelléas et Mélisande.”

Born into a musical family, Kamu became the violin concertmaster of the Finnish National Opera Orchestra at the age of 20. He soon became a household name after winning the first Karajan International Conducting Competition in Berlin in 1969.

As a conductor, Kamu is dedicated to promoting the works of Finnish composer Jean Sibelius, the father of Finnish music. The incidental music and orchestra suite the late composer developed for the opera "Pelléas et Mélisande,” a tale of forbidden love, will be the feature presentation of this weekend's concert series.

Chen, one of the most popular classical musicians of his generation, will present a well-known violin concerto from German Romantic composer Max Bruch.

"Violin Concerto no. 1 in G minor (Op. 26),” said to be the 24-year-old's favorite piece, was what Chen played at last year's Nobel Prize Concert in Stockholm and at his debut performance at Carnegie Hall in Manhattan this February.

Other selected pieces included by "Love and Death - Part XI” are the prelude and liebestod from German composer Richard Wagner's "Tristan und Isolde,” a three-act musical drama portraying the chaos and romance at the end of a century. 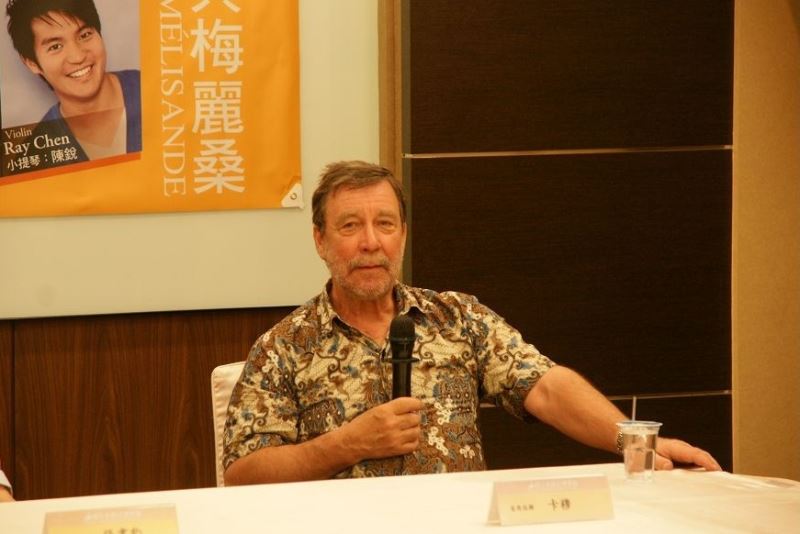