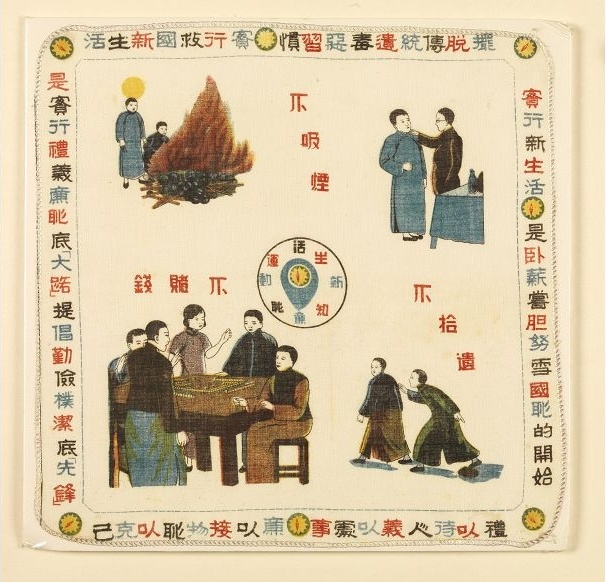 An exhibition titled "A Country in Fire and Brimstone” opened at the National Museum of History on June 1 to display historical documents and relics from one of the most turbulent eras in Chinese history.

China was thrown into chaos in the mid-19th century and 20th century. The Qing emperors had to face foreign invaders while quelling a succession of local uprisings during the dynasty's last years, and imperial China was no more after the fall of thatManchurian empire. The Republic of China that followed, however, was occupied by warlords and then invaded by Japan for many years.

To help fortify and restore the nation to its former glory, thinkers and idealists from Chinese society began to think about reform. Foreign scholars also expressed great interest in the centuries-long Chinese culture. Thus the two groups paved the way for exchanges in traditional values and modern ideas.

The relics showcased in "Fire and Brimstone,” which date back to the Qing Dynasty and the early years of the Republic of China, are provided by architect Sung Hsu-kang, whose family has safeguarded the items for more than two centuries.

Categorized into two sections - "Foreigners and Reformers” and "The Founding of a Nation” - the items include personal letters, books and manuscripts, secret documents, calligraphy scrolls and ink paintings.

"Reformers” include Li Hongzhang and Zeng Jize, who believed that China could be saved by politics, and Yan Fu and Yu Yue, who aspired to strengthen society through academics and the arts, whereas "Foreigners” refer to several key Western figures who had helped to change the course of politics and culture in China.

The exhibit highlights such individuals as British military leader Charles "Chinese” Gordon, who is credited for subduing the Taiping Rebellion, and American diplomat Anson Burlingame, instigator of the Burlingame Treaty that established formal relations between the Qing Dynasty and the United States.

The second section of the exhibition, "The Founding of a Nation,” covers the reforms and clashes that took place after the Republic was established, up until the Second Sino-Japanese War.

The exhibit includes the personal tokens of leading revolutionary figures such as founding father Sun Yat-sen, publisher Chan Siu-bak, politician Hu Han-min and journalist Tai Chi-tao, as well as documentation of the Jinan Massacre by the Imperial Japanese Army.

"Fire and Brimstone,” a reference to the turbulence in China between 1839 and 1946, will remain open to the public until Aug. 4.