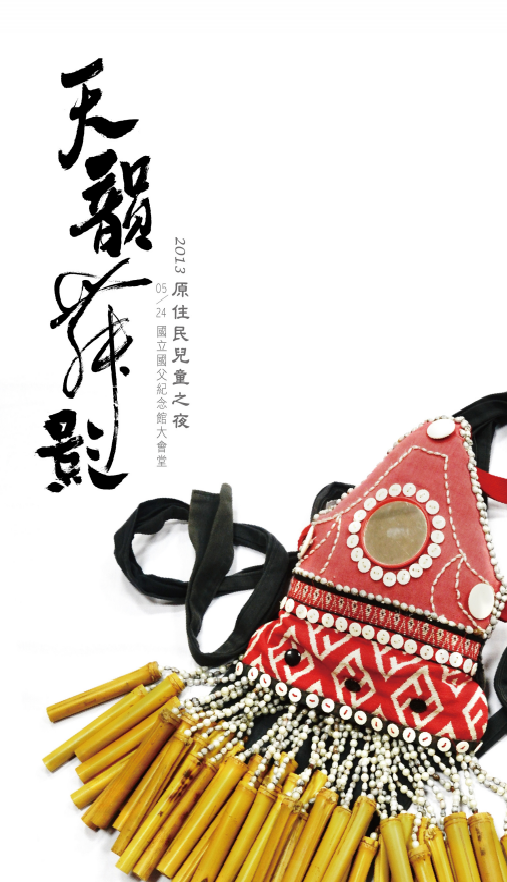 Co-organized by the National Dr. Sun Yat-sen Memorial Hall and the TECO Technology Foundation, the 2013 Indigenous Children's Night is scheduled to take place at the memorial hall's auditorium at 7:30 p.m. on May 24.

The musical performance is part of a project that supports sustainable education for indigenous peoples in Taiwan. The annual Indigenous Children's Night provides students who have worked hard to learn their traditional culture with a stage to present their results.

The performers at this year's event come from eight groups of six indigenous tribes. The first half of the show will demonstrate traditional dances and performances, while the second half will feature the singing of ancient songs from the Rukai, Tsao and Paiwan tribes.

Launched in 2004, the program pools together resources from the private sector to help schools and indigenous communities develop programs that preserve traditions and foster talent in young indigenous peoples.