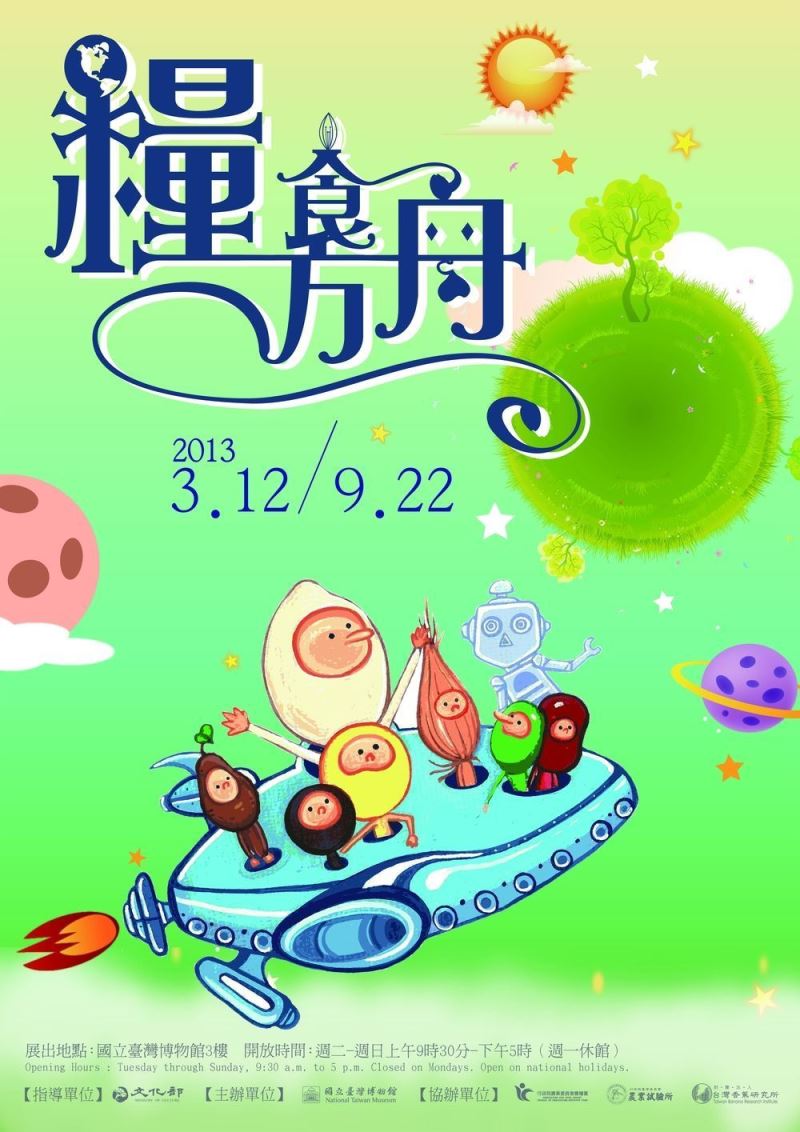 A special exhibition dedicated to the unknown future of food has kicked off at the National Taiwan Museum. Titled "Food Ark,” the 9-month event explores mankind's dietary options in the face of climate change.

In its quest for food security, "Food Ark” starts off by introducing the 'Doomsday'Svalbard International Seed Vaultin Norway and its Taiwanese counterpart, the National Plant Genetic Resources Center. Both institutes are dedicated to collecting and storing crop seeds in preparation of a harsher reality.

The fruits of Taiwan's latest conservation research are also on display, with a special emphasis on plants that do not reproduce by seed. Live samples are kept on museum grounds to demonstrate differentplant genetic materials, collectively known as germplasm.

Inevitable challenges brought upon by climate change and the shortage of water will only exacerbate the ongoing global food crisis, the museum said in a press release.

Taiwan, in particular, is in an extremely vulnerable position, the museum added. As an island nation that relies on foreign imports for its all food crops except for rice, Taiwan cannot afford to ignore the looming hunger crisis. Provision-related exports could be banned if crop scarcity hits a new high, which would render food unavailable even in exchange for money.

The National Plant Genetic Resources Center was established to help safeguard Taiwan's food security. Its major seed storage methods, which are introduced in the exhibition, are aimed at conserving and cross-breeding germplasms. The former approach refers to collecting existing plant seeds for future needs, whereas the latter focuses on breeding new varieties tailored for specific environments.

Located in the 228 Peace Memorial Park in Taipei, the National Taiwan Museum will host the "Food Ark” exhibit until Dec. 21, 2013.