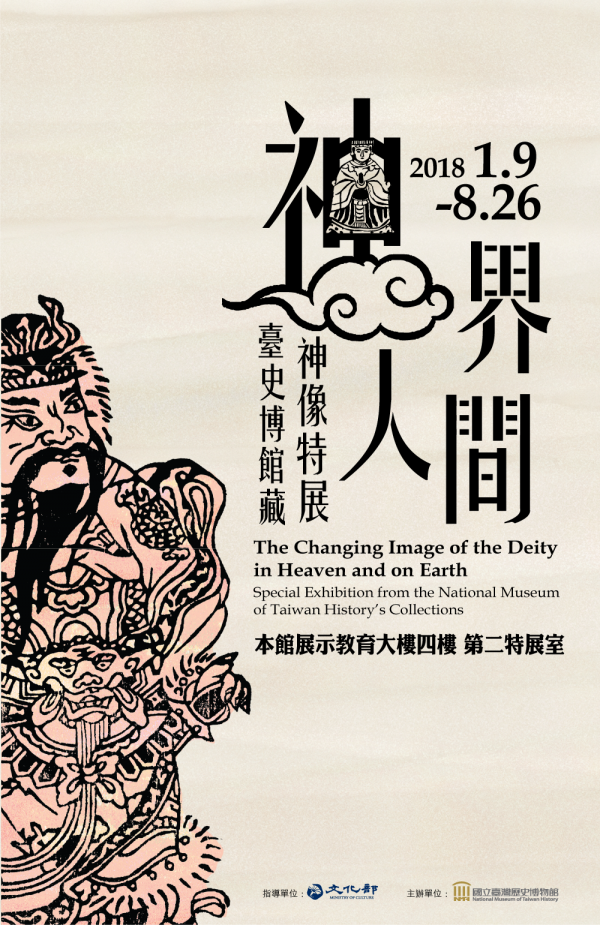 The Tainan-based National Museum of Taiwan History will hold a special exhibition showcasing the museum’s expansive collection of Taiwanese deity statues from Jan. 9 through Aug. 26.

As religious beliefs play an important part in everyday life, statues of gods and goddesses are vehicles for people's respect and hope. Deity statues also embody the memories and craftsmanship of different eras.

NMTH Director Wang Chang-hua (王長華) noted that the museum has been preserving memories from Taiwanese life through the collection of cultural relics and artifacts. The museum also seeks to discover the individual stories and memories behind each object, and share such research with the public through exhibitions.

Since its establishment, the museum has frequently collected deity statues through either purchases or public donations, and collaborated with Tainan National University of the Arts to repair these statues. The museum also introduced more scientific methods and equipment in recent years to provide better preservation tools and conserve more materials for historical and cultural research.

Differing from the usual curatorial approach centered on traditional rituals, the three-section exhibition will offer insights into the development of folk religion in Taiwan from various perspectives spanning aesthetics, traditional techniques, common memories, and heritage preservation.

The museum hopes to present how deities are created, how they became sacred symbols, how religions boosted spiritual life in different eras, and how statues became pure aesthetic objects after rituals are held to remove the consecrated presence of deities.

The "Before Becoming Gods" section will explain the creation of incorporeal deities, the classification and construction of physical gods, as well as the transformation of a statue into a religious symbol through sacred rituals.

The "Folk Beliefs and Cultures" section will explore the development of folk religion through immigration, industrialization, and occupation. Although many Taiwanese religions were introduced by the Han Chinese, they developed into various forms following social upheavals and different environmental requirements.

The "Encountering Deity Statues" section will present how male and female statues became art and everyday objects after the indwelling gods depart through rituals. The philosophy of statue collectors, the evolving aesthetics of deity statues, and preservation work conducted by the museum will feature prominently in this section.

‘The Changing Image of the Deity in Heaven and on Earth’