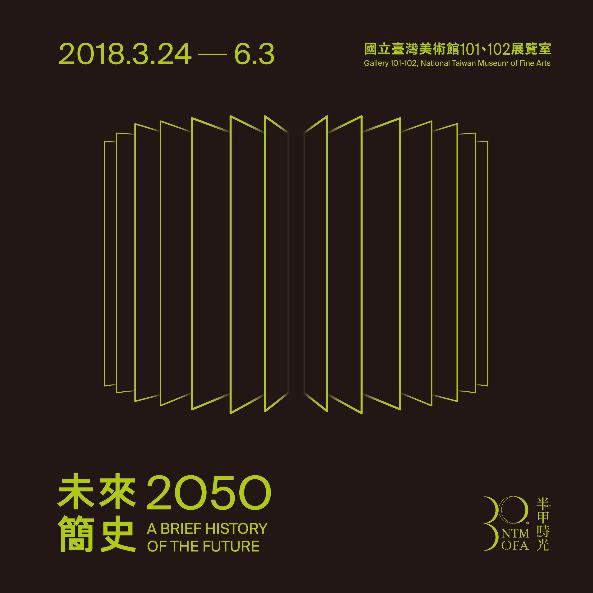 What would our world look like 32 years from now? Over fifty international and Taiwanese artists will seek to uncover the future through art at this first joint venture by the Royal Museums of Fine Arts of Belgium and the National Taiwan Museum of Fine Arts.

Attali speculates on human and technological development in face of troubling population growth, overexploitation of resources, social inequality, and religious wars. Curator Pierre-Yves Desaive has expanded upon this framework to mount an exhibition with a Taiwanese perspective.

From regional-specific production and challenges to the historic allocation of power, geopolitical and economic variables and ideologies that will dictate the future of Taiwan are highlighted in this exhibition.

"2050" begins by paving the history that led to this present, specifically the East-West exchanges during the Tang dynasty, imperial clout in the Age of Exploration, upheaval of Asia after the Cold War, and capitalism and technology in the era of globalization.

Through almost 60 sets of artworks, featured artists from 20 nations then anticipate the future based on a subjective reading of the past. This edition of the exhibition has a special selection of Taiwanese artists to present a future imagined from the perspective of Asia and imbued with added diversity.

However, the curatorial theme remains firmly to remind viewers of how humankind is facing a constantly evolving future. As the face of the world has been remolded many times in the past ― its appearance can be reshaped once more.