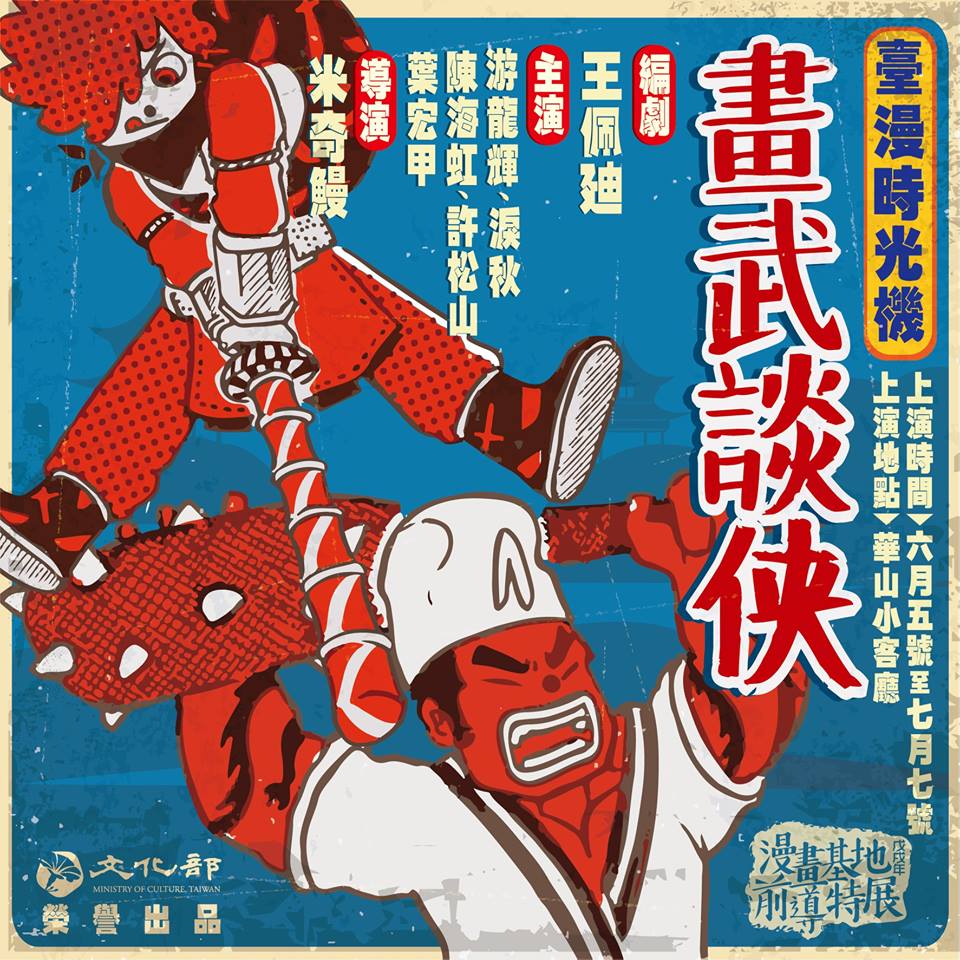 In an effort to support the Taiwanese comic industry, the Ministry of Culture has set up the nation's first "Comic Base" across four renovated floors at No. 36 and 38 of Huayin Street in Taipei City. Scheduled to begin operations at the end of July, Taiwan Comic Base aims to serve as a home for Taiwanese comic book creators.

In the lead-up to the site's formal opening, the Ministry is also holding a series of events, the first of which is the special exhibition "Comic Combat — Taiwanese Comics Time Machine." This exhibition, running until July 7 on the second floor of the M4 building at Huashan 1914 Creative Park, aims to bring back to life the earliest days of Taiwan’s wuxia comics.

The exhibition focuses on classic comics of the 1950s and 1960s, recapturing some of the most spectacular stories. Through both the exhibition and interdisciplinary cooperation, the Ministry of Culture hopes to create an environment that will foster greater growth and more creative works from the comic artists of Taiwan.

At the exhibition, the classic works of five famous wuxia comic artists are showcased, with rundowns of their particular characteristics alongside invaluable hand-drawn art and materials. The featured artists are:

The exhibition covers three major themes: the various influences on Taiwanese comics of the Japanese era and the post-war period, the classics from the peak period for wuxia comics, and crossovers into movies, TV series, and stage plays, along with the new generation of wuxia comics. Taken as a whole, these reflect the overall development of the genre in Taiwan.

As well as being able to lay eyes on the most famous works and even some long-lost pieces by the veterans of the industry, visitors will also have the chance to take part in a hunt for martial arts secrets. During the weekends, there will also be VIP talks, with veterans and experts invited to share their knowledge of the history and development of Taiwanese comics.