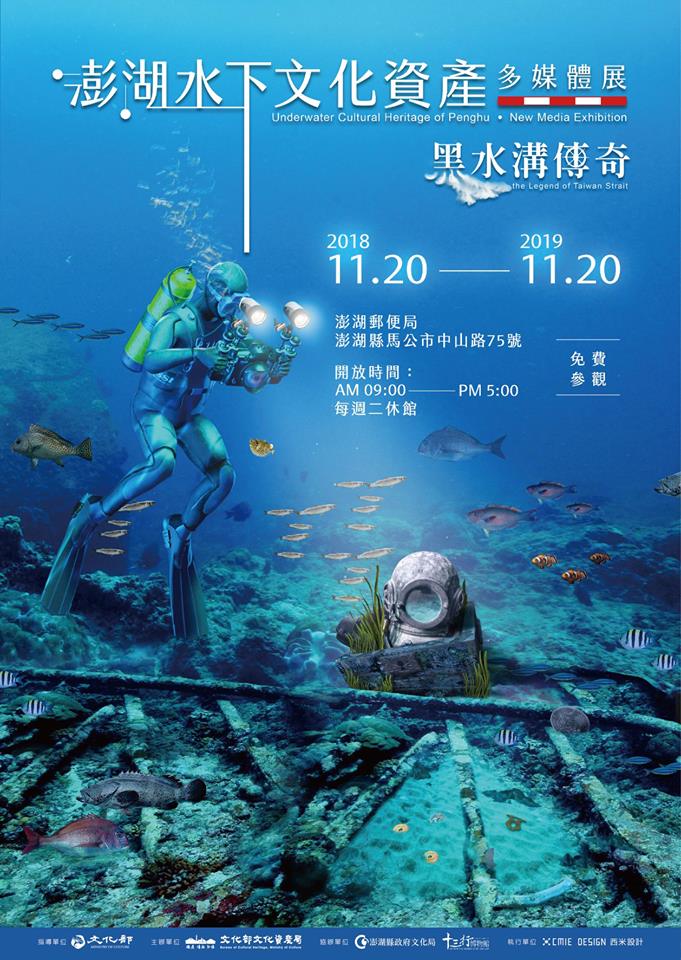 In cooperation with Academia Sinica, the Bureau of Cultural Heritage has identified 87 undersea archaeological sites over the past decade, with findings such as sunk ships dating from the Ming and Qing dynasties to the Japanese occupation of Taiwan.

These include the SS Bokhara British steamship, which sank in a typhoon in October 1892 while on its way back to Hong Kong from a cricket match in Shanghai; the Kuang Ping Chinese battleship (廣丙艦) that was built during the Qing dynasty and incorporated into the Japanese maritime fleet after the First Sino-Japanese war; and Japanese cargo ship Yamafuji Maru (山藤丸), which was sunk by torpedoes from an American submarine in World War II.

While these ships remain on the seabed, objects such as door latches, keys, coins, bowls, and plates from the ships have been retrieved. Documentary films showing how these objects were recovered will also be screened at the Penghu exhibition.

Curators have also crafted four sections to introduce the maritime history of the Penghu Channel; the practice and findings of modern underwater archaeology; a time capsule of heritage sites in Taiwanese waters; and the ill-fated 19th-century British steamship SS Bokhara.

The Bureau of Cultural Heritage's Penghu Underwater Archaeology Work Station is housed in the former Magong Postal Office (媽宮郵便局), a historic venue built in 1926 during the Japanese colonial era to offer postal services and utilities such as electricity on the offshore island.

A grand opening ceremony will be held on Dec. 26.

‘Underwater Cultural Heritage of Penghu: Legend of the Penghu Channel’