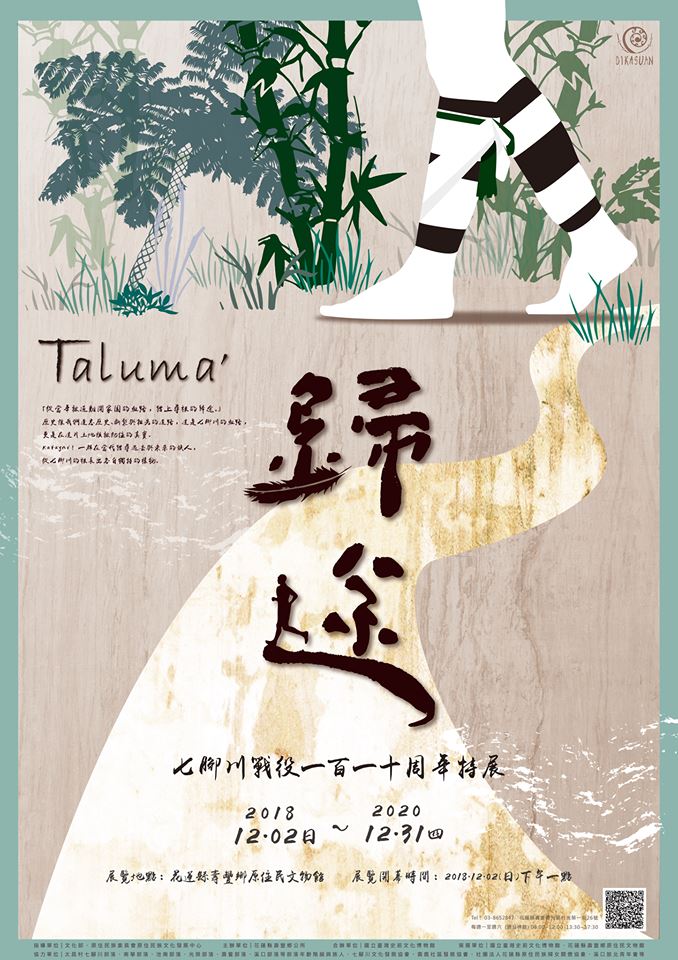 A special exhibition commemorating the 110th anniversary of an uprising against Japanese colonial authorities by the Amis settlement of Cikasuan and the ensuing indigenous diaspora will take place at the Shoufong Indigenous Museum in Hualien County from Dec. 2, 2018 through Dec. 31, 2020.

The Cikasuan Incident (七腳川事件) of 1908 can be traced back to Japanese expansion into the fertile eastern plains of Taiwan. Lured by the promise of fecund soil and arable land, colonial authorities worked with the Cikasuan Settlement to defend their newly annexed territory from raids by the Truku tribe.

Renowned for their physical prowess, these Amis tribesmen received payment to secure Japanese defense lines from 1896 through 1907. However, deep-seated resentment against foreign interference and payment woes led to the murders of several Japanese servicemen, resulting in a swift militant response that fragmented the 1,500-member-strong Cikasuan Settlement in December 1908.

Many clan members barricaded themselves in the mountains, leading to a three-month standoff before being offered an opportunity to surrender on March 16, 1909. They were resettled as colonial civilians in different villages across Hualien. Others fled during the siege and rebuilt their lives elsewhere. The old grounds of Cikasuan were then populated by new immigrants from Yoshino, Japan.

Named after the Amis phrase for "path to home," the "Taluma’" exhibition is co-organized by the Indigenous Peoples Cultural Development Center, Shoufong Indigenous Museum, and National Museum of Prehistory to reconstruct the Cikasuan Incident and its aftermath by piecing together historic documents such as Japanese-era household registration papers with oral records and tribal artifacts.

Experience has shown that local museums are important channels to reach aboriginal tribes and help tribespeople understand that the traditional artifacts preserved by museums are not merely tools used in the past but important cultural assets for building local identity and community consciousness.

The "Taluma’" exhibition hopes to rekindle the consciousness of the Cikasuan Settlement by revitalizing its unique culture through the descendants of the Amis diaspora.