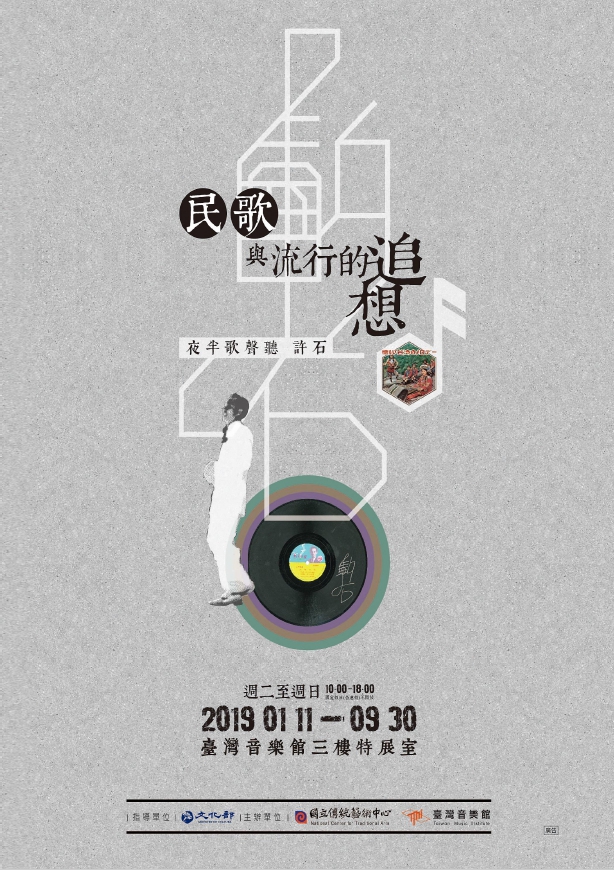 As this year marks the centennial birthday of late composer Hsu Shih (許石, 1919 - 1980), the Taiwan Music Institute of the National Center for Traditional Arts will hold a special exhibition on Hsu's life and works titled "Folk Songs and Their Enduring Popularity ― Hsu Shih Centennial Exhibition," which is slated for Jan. 11 through Sept. 30 in Taipei.

Born in 1919 in Tainan, Hsu studied abroad in Japan and became renowned for enduring songs such as "Night in a Southern City (南都之夜)" and "Anping Melody (安平追想曲)." He laid the foundation for Taiwanese pop songs and gained fame during his lifetime, but few people remembered his contributions upon Hsu's passing in 1980.

In 2019, a series of events will take place at the Taiwan Music Institute in memory of Hsu, including three lectures and a memorial concert. His original records, manuscripts, and master tapes will also be displayed in the centennial exhibition.

Chen Chi-ming (陳濟民), director of the National Center for Traditional Arts, noted that Hsu was the first musician in Taiwan who combined music with tourism and concert tours to promote indigenous music, having even helped his student Chu Yan-hua (朱豔華) release the first album recorded by an indigenous singer.

In addition, Hsu spent 18 years collecting a wide variety of traditional and folk music from around Taiwan, which were then transformed into pop melodies with the help of Taiwanese lyricists, added Chen, stating that Hsu has undoubtedly influenced the trajectory of early Taiwanese pop music.

Through the exhibition and the upcoming series of events, the event organizers hope to help music aficionados in Taiwan to understand Hsu's lifelong aspirations: "My goal is for these nativist songs, long forgotten by many, resonate once again in the hearts of the Taiwanese people."