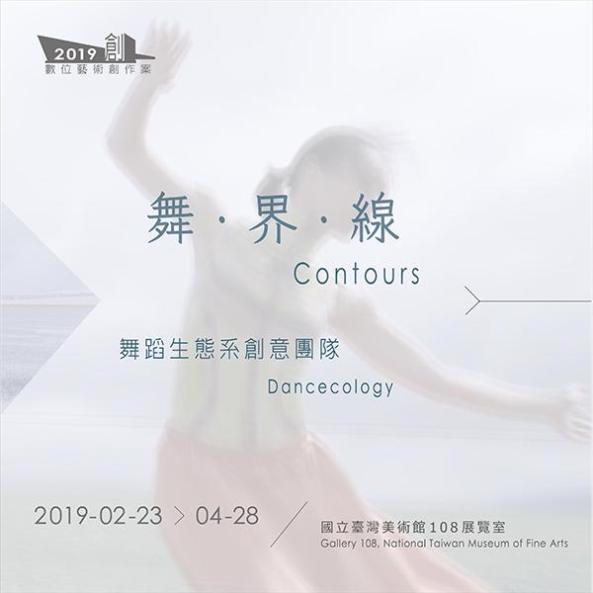 Directed by artist-choreographer Peng Hsiao-yin (彭筱茵), a video installation combining dance with nature and the passage of time will be screened in Taichung from Feb. 23 through April 28 as part of the National Taiwan Museum of Fine Arts' annual Digital Art Creation Competition Program.

Following the core concept of "biocentric" taken from ecological psychology, "Contours" will present a multi-dialogue amongst nature, humans, time, and recorded memory through the medium of a dance film.

Peng stated that the main context of the film is "the holism of human beings and the universe" as the film was shot in its entirety at Lake George in New South Wales. Also known as Weereewa, the Australian site is the fifth oldest lake in the world at five million years old.

In the ancient and vast wilderness, "how can human beings exist or integrate with nature?" asks Peng. Confronted by an ever-changing environment, "how can dancers find eternal kinetic energy?" Moreover, in comparison with nature, "how can the insignificant humankind contend with the boundless power of life?"

Through different generations, races, and dance forms, "Contours" poses age-old inquiries about humanity and the forces of nature while embodying the grandiosity of both the human body and landscapes across time and space.

The film was initiated by Dancecology (舞蹈生態系創意團隊), a performing group co-founded in 2009 by Peng, who currently serves as its artistic director, with photographer Chen Yi-shu (陳逸書) and editor-colorist Tseng Huan-shin (錄像). Their environmental theater advocates the ecological concepts of circulation and symbiosis, as well as the self-healing powers of nature.

Dancecology's works include site-specific or environmental theater, video art, dance films, and installations. Members and their art have toured the world ― including Australia, Italy, Macau, Malaysia, Nepal, Portugal, and the United States ― in search of inspiration and new opportunities.

"Contours" is one such transnational collaboration, as dancers Elizabeth Cameron Dalman, Vivienne Rogis, Amanda Tutalo, and Miranda Wheen from Australian dance troupe Mirramu are the main performers featured in the dance film.