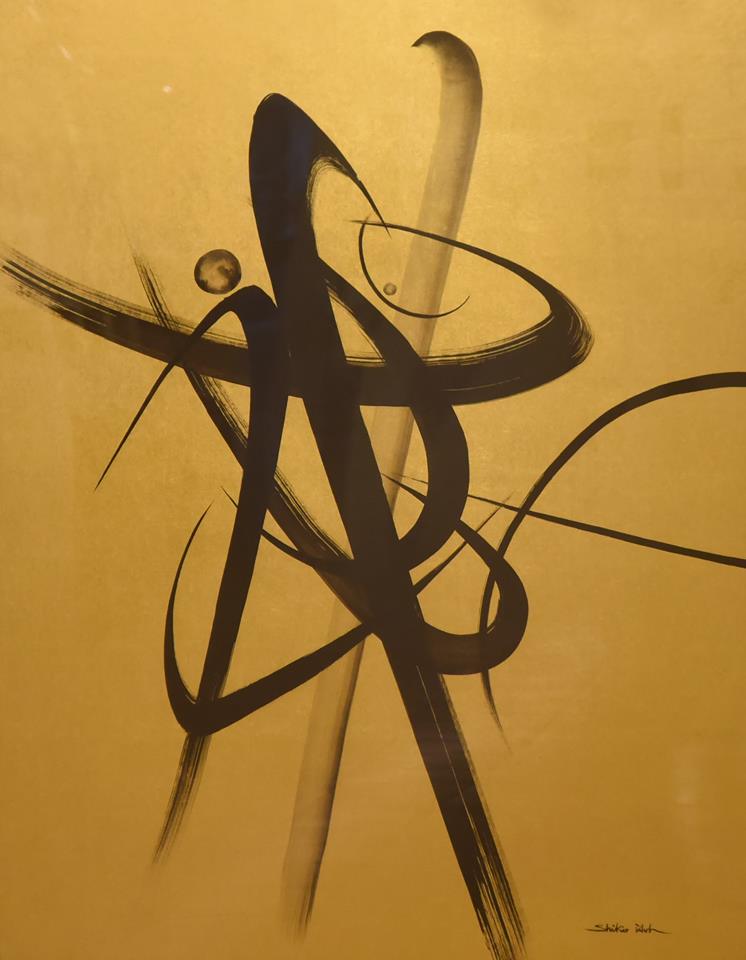 Japanese painter Shiko Ito (伊藤紫虹) will be holding her solo exhibition titled "Painting for 60 Years — Shiko Ito Exhibition in Taiwan" at Yat-sen Gallery on the third floor of the National Dr. Sun Yat-sen Memorial Hall from April 12 through 23.

According to Liang Yung-fei (梁永斐), director general of the memorial hall, it has been 60 years since Ito held her first solo Taiwan exhibition in September 1960 at the Taiwan-Japan Cultural and Economic Association. In his opening remarks for the second Ito show in Taipei, Liang praised the painter's works for impressing viewers with a profound mixture of classical, modern, oriental, and occidental artistries that transform complexity into simplicity.

Deputy Minister of Culture Hsiao Tsung-huang, on behalf of Minister of Culture Cheng Li-chiun, pointed out in his opening remarks that Ito's creations present the perfect fusion of oriental and occidental arts by pairing "rational" occidental geometric elements with "sensual" oriental linear elements. Also, her paintings project a sense of Zen, with the denseness and lightness of the ink presenting different layers and dimensions, Hsiao added.

In her acknowledgement remarks specially delivered in Mandarin Chinese, Ito said that shortly after learning traditional Chinese painting from masters Pu Hsin-yu (溥心畬) and Chang Dai-chien (張大千) in Taiwan during 1956, she soon visited Taiwan again as a cultural ambassador from Japan. She said it was fate that brought her exhibition back to Taiwan, adding that the abstractive atmosphere brimming in her paintings are based upon the foundational concepts of "three far vantages (三遠法)" and "soulfulness (氣韻生動)" from traditional Chinese paintings.

Born in 1935 in Tokyo, Ito is the only female Japanese protégé of both Chang and Pu, who were known together as "Pu of the North and Chang of the South." She traveled to Italy and Germany to study oil painting two years after studying traditional Chinese painting at National Taiwan Normal University, which led her to combine elements from the elegant and classical quality of Japanese ink art and the uninhibited and unchained style of Western oil paintings.

Running through April 23 at the National Dr. Sun Yet-sen Memorial Hall, "Painting for 60 Years — Shiko Ito Exhibition in Taiwan" will include 52 of her latest works, with 42 making their first-ever public debut, to present Ito's understanding of life and artistic achievements from a stunning six-decade painting career.