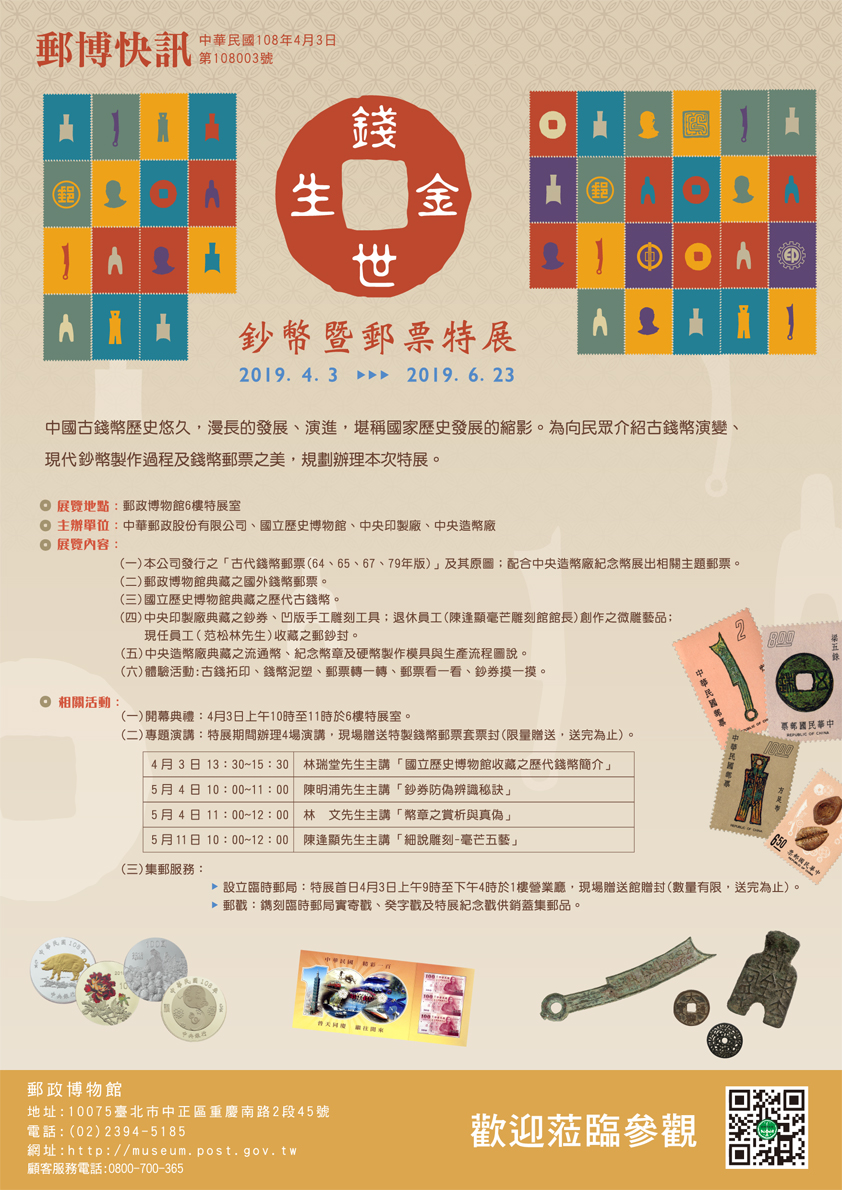 The National Museum of History, Postal Museum, Central Mint, and Central Engraving and Printing Plant have co-organized a significant presentation of currencies and postage stamps that will run from April 3 through June 23 at the Postal Museum in Taipei.

To present the development and evolution of coins, banknotes and stamps, the organizers have also selected several key displays that represent the cultural and aesthetic values of societies that have long been gone:

The exhibition will also provide visitors with several hands-on activities, such rubbing coins to make patterned art, minting clay coins, and identifying fake money by feeling the paper texture of banknotes. Also, a series of fun learning activities and keynote speeches have been arranged, with free stamped envelopes offered as an incentive for participation.

Operating as usual despite ongoing renovations, the National Museum of History looks forward to exploring the history and stories behind ancient currencies and vintage stamps with visitors through this exhibition.