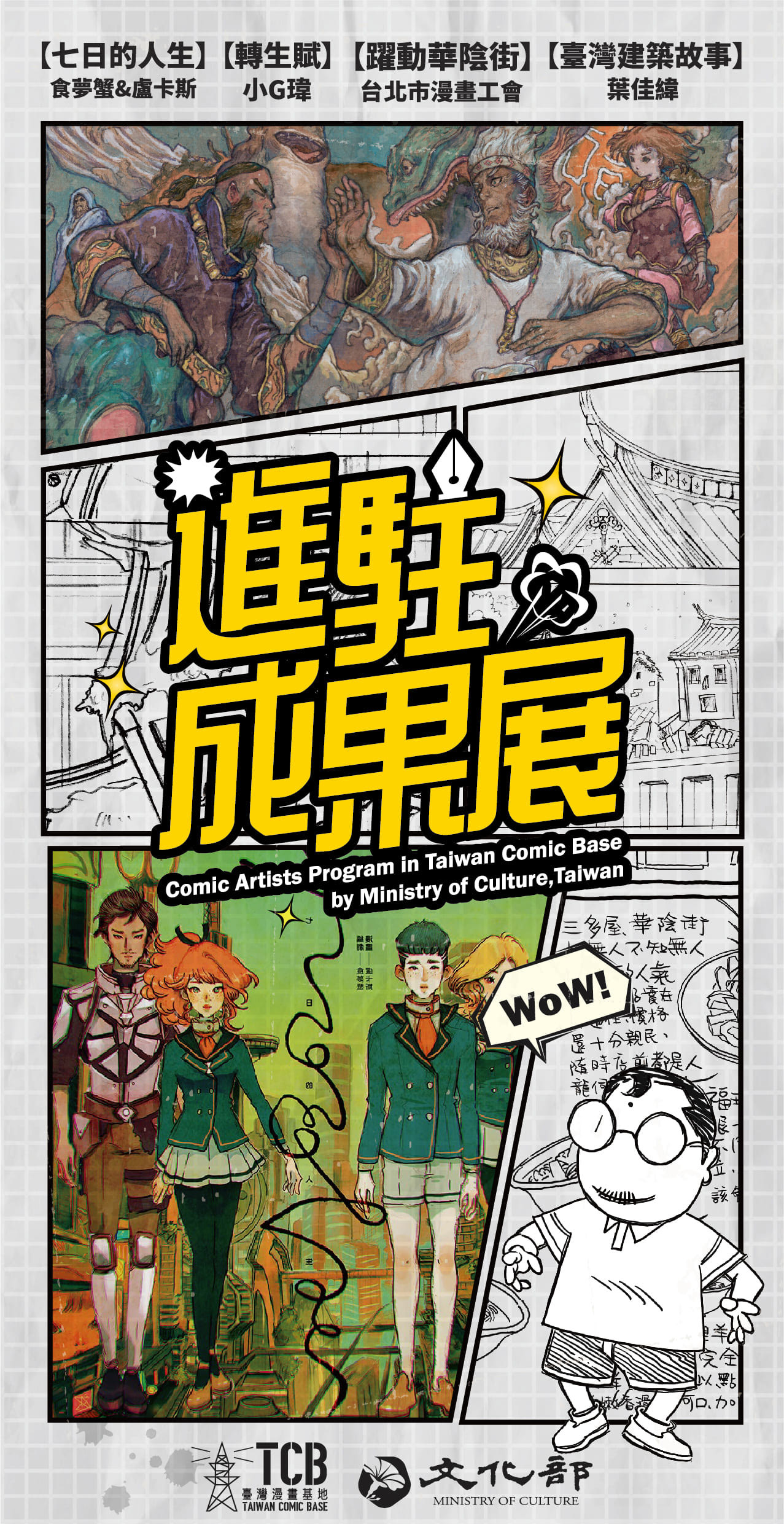 The Taipei-based Taiwan Comic Base will be holding a special exhibition from June 6 through 30 to showcase new works created by the first group of comic artists enrolled in its newly launched artist-in-residence project.

These works include those by 22 artists from the Taipei Comic Artist Labor Union (台北市漫畫從業人員職業工會) that portray different aspects of Huayin Street, where the Taiwan Comic Base is situated; creations that anthropomorphically depict Taiwan's architectural heritage by artist Ace Ya (葉佳緯); a graphical interpretation of a new human race with a weeklong lifecycle by a three-person team led by artist Hsieh Nor-shen (謝偌聖); and art that colorfully portray karma by artist Chen Chih-wei (陳志瑋).

The Taiwan Comic Base and its in-house bookstore began formal operations this January as an incubation center for Taiwanese comics. Apart from hosting resident artists, the four-story building also offers funds, space, networking opportunities, and other resources to help local artists advance their careers.

From April 11 to June 10, the inaugural group of resident artists made the most of the base's assets to create new works. In light of their impressive creations and vigorous exchanges, the Ministry of Culture will also organize matchmaking workshops to find potential buyers for their completed residency projects.

The featured artists have also created a little something extra for this special exhibition. For example, Taipei comic union members designed 10 sets of manhole covers and 12 zodiac-themed street lights in hope of turning Huayin Street into a comic-inspired attraction one day, and union member Bankota Cheng (鄭硯允) also unveiled a new series based on Huayin’s popular street snacks.

Each of the four groups also drew pictures and donated them to the Taiwan Comic Base to commemorate their daily routines during the two-month residency.

The Taiwan Comic Base offers four sets of residency opportunities per year, with the second and third quarter respectively scheduled for August through September, and October through November. Open calls will be announced on the base's Facebook page.