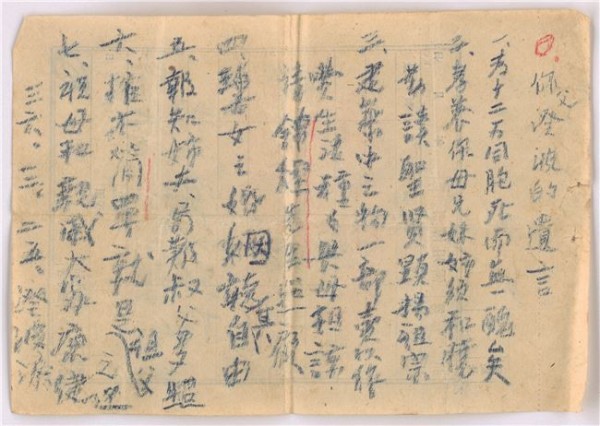 The twin legacies of Chen Cheng-po

Chen Cheng-po (陳澄波) was an oil painter, Chiayi City Councilor, and victim of the February 28 Incident of 1947. He was also a fond friend to many prominent artists of that era, as well as a source of pride for his hometown Chiayi.

Born at the start of the Japanese colonial era in 1895, Chen was raised by his father, a former county-level scholar in the Qing government. His mother died shortly after he was born, but Chen was a motivated student and excelled particularly in humanities and the arts.

As an artist, he was enamored with Vincent van Gogh as well as Chinese ink-wash painters Ni Yunlin and Badashanren. His adaptation of the latter's dry-brushing technique, in particular, gave Chen the ability to assimilate Chinese and Western aesthetics.

"What I want to present in my pictures is the dynamism of lines and I would make the whole picture livelier by dry brushing,” he once stated in a 1934 interview. "This is where I focus my efforts when I paint. We are easterners, so we shouldn't adopt the styles of western painters indiscriminately.”

By the 1940s, he was a city councilor and married with five kids, having won ample recognition from Japan, China, and Taiwan for his artistic talent. He also co-founded over half a dozen art societies, many of which are still active and engaging today.

He served as deputy director of the Chiayi Preparation Committee to welcome the Nationalist government's arrival in 1945, but became embroiled in the February 228 Incident when the 53-year-old served as liaison between Chiayi residents and the military.

Fearing further resistance, the military captured and imprisoned several peace envoys without trial, and staged a public execution on the streets on March 25, 1947. Orders were given to not to move the bodies, and Chen's family had to wait three days before collecting his remains.

It would be another forty years before martial law was lifted in Taiwan, upon which the artwork, sketches, and letters hidden by Chen's family could finally see the light of the day again. Among his bequests to Taiwan, his predominant legacy can be considered as both positive and negative heritage - the lightness of his art and the darkness of the nation's human rights history.