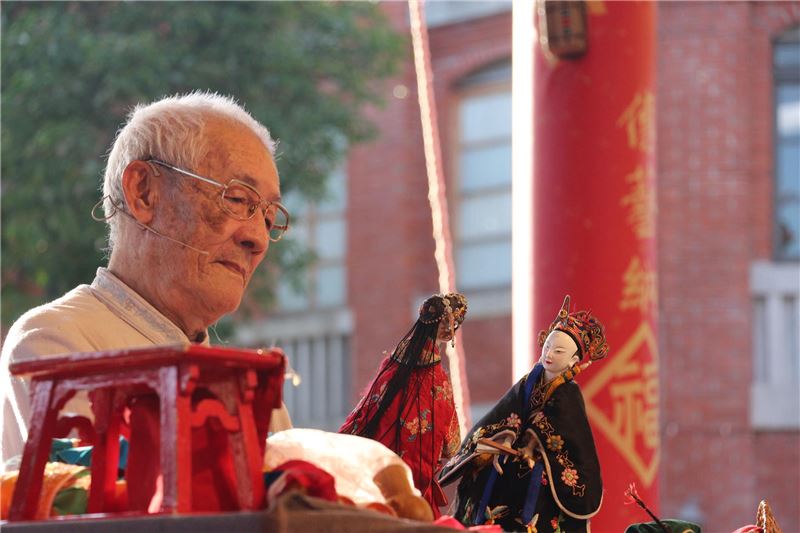 Chen Hsi-huang (陳錫煌) is a veritable master of Taiwanese puppetry who has been recognized by the Ministry of Culture as a "National Living Treasure" — an official designation that recognizes living artists and important groups for their role in preserving the nation's cultural heritage. In a fortuitous twist of fate, the master puppeteer's residence was declared a national heritage site in August 2018, giving rise to the charming arrangement of "a national treasure sheltered by another national treasure."

Chen Yueji Residence (陳悅記祖宅) is the ancestral home of the Chen clan, who relocated from Tong'an County in Quanzhou, Fujian Province during the imperial Qing Dynasty. Chen Yueji was the name given to the family business, and the associated complex was constructed in 1807. It is built around the pairing of an ancestral hall and a reception hall, fanning out into a four-part complex with left, central, and right wings (referred to as "protective dragons").

Throughout the years, the ancestral hall primarily functioned as a combination of residence and place of worship, while the reception hall was designated for socializing, with an open-space layout perfect for entertaining special guests and holding important ceremonies. It finally received designation as a Class III Historic Site in August 2018, with Minister of Culture Cheng Li-chiun expressing her gratitude for the generations of talent that came from this home and family.

Today, Chen Yueji Residence is regarded as a symbol of the rich culture of Taipei's Dalongdong area, particularly during the Qing Dynasty, and its architecture is representative of the Tong'an style of residence of that period. It is indeed a fitting residence for a puppet master who has devoted his life to passing on the inheritance of his craft.