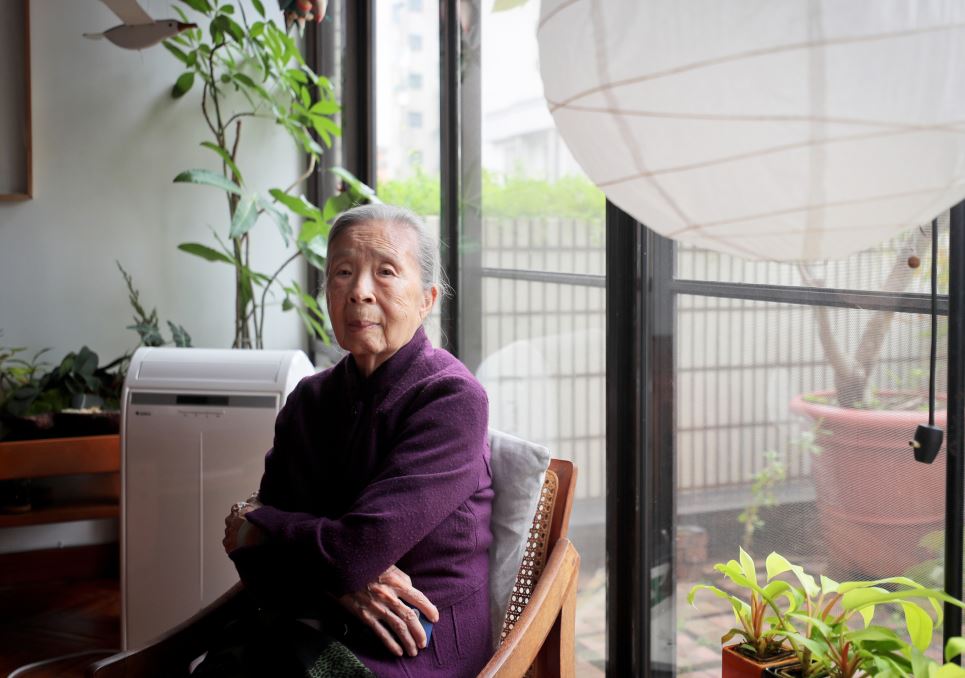 Name: 王秋華
Born: 1925
Birthplace: Beijing, China
Did You Know...?
Wang Chiu-hwa is known as "the mother of Taiwanese libraries," not only because she has designed many of them, but also because she was an early proponent of the construction of modern libraries for Taiwanese universities.

Wang Chiu-hwa was among the first generation of post-war architects in Taiwan. Born in Beijing in 1925, Wang moved a lot during her childhood, from Beijing to Wuhan, then Nanjing, and then Chongqing, due to her father's work and the warfare -- both World War II and the Chinese Civil War.

After graduating, she joined Goodman's studio, eventually becoming a partner in the studio in 1975. Over the course of some three decades working with Goodman in New York, Wang was involved in the design of over 50 synagogues.

Goodman, who had been her supervising professor at Columbia before becoming her boss, and with whom she would eventually be partner in the studio, was known as a sociologist, urban theorist, artist, and architect, with a particularly strong reputation as the leading theorist of modern synagogue design. Over her many years working with him, Wang was deeply affected by Goodman's work and ideas.

Enlightened by these works, Wang Chiu-hwa's works have a deep humanism to them, showing a keen awareness of their surroundings and a profound respect for the natural environment. Most importantly, they never sacrifice function for personal formal preferences. Through all of this, Wang's works present a straightforward architectural aesthetic.

Wang Chiu-hwa has described architecture as "an indispensable part of a complex built environment, full of human emotions and social significance, transcending form and function, beauty and practicality." She has also said that "as a designer, you must concern yourself first and foremost with well-being of the majority, not just the interests of a few wealthy people."

After her return to Taiwan from the United States in 1979, Wang took up teaching work at the Taipei Institute of Technology and Tamkang University, as well as served as an architectural consultant for a number of public institutions. It was from these projects that she came to earn her sobriquet as the "mother of Taiwanese libraries."

Her first project saw her designing the interior and furniture of the National Central Library, and later, in 1983, she collaborated with architect Joshua J. Pan on designing the library of Chung Yuan Christian University. These can be considered the first modern libraries in Taiwan, as prior to the 1980s, there were no libraries in Taiwan that had adopted an open bookshelf design.

The library designs that Wang Chiu-hwa has been involved with are known for taking into account the needs of their users from all angles. Her floor plans demonstrate a talent for her skill at planning spaces to facilitate a wide variety of activities within a limited space, from study rooms and auditoriums to gardens, open bookshelves, and office spaces. All the spaces she designs are comprehensively equipped and fit for a wide range of purposes.

In the early 1980s, Taiwan's universities were suffering from a lack of resources, but were nonetheless determined to do what they could to provide improved learning facilities. As a result of the restrictions, ingenuity was an absolute must if one were to design these buildings to satisfy a variety of needs. Such was her commitment to the comprehensive planning of these spaces, Wang even designed the furniture for these libraries herself.

Wang Chiu-hwa once talked about her lifelong love of libraries, saying "My junior high school had a library, and the librarian knew me because I was the only one who would go there every day. I would go there after class and stand by the shelves looking at the books. I never wanted to leave." After she returned to Taiwan from the United States, the National Central Library project was about to begin and the director of the library invited her to serve as a consultant, knowing about her interest in libraries.

In 2003, Wang was recognized as an Outstanding Architect of Taiwan, ROC, and in 2020, she received the National Award for the Arts in architecture, the first female prize-winner since the architecture award was established in 1997.