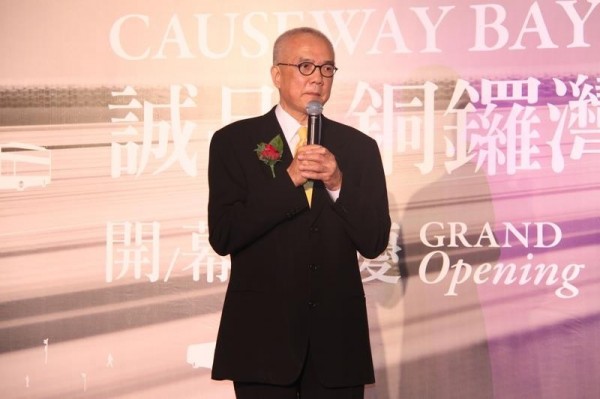 Robert Wu was a well-respected figure who founded the Eslite bookstore chain. By fostering an urban environment filled with culture, art, and creativity, Wu's Eslite brand has become a beacon of culture enlightening Taiwan and other regions of the Chinese-speaking community.

Holding a degree in mechanical engineering from the National Taipei University of Technology, Wu worked in an interior renovation company for eighteen years. After becoming a successful businessman, however, Wu began pursuing a different ambition after an epiphany on how reading helps enrich mind and spirit.

In 1989, Wu founded the first Eslite bookstore in Taipei. Unlike most bookstores at that time, Eslite was born as a culture- and arts-oriented bookstore. Though many doubted his decision to open such bookstore, the most important thing for Wu was to promote the culture of reading in Taiwan.

The following year, Wu opened more stores, including the first 24-hour bookstore in Taipei. With the idea of respecting every single person who walks into Eslite, each store offers a refined environment with large collections on architecture, fine arts, music, literature, and photography for visitors to read and linger.

Eslite bookstores, however, were in deep deficits for their first 15 years. Despite the situation, Wu persisted because he believed that even if they lost money, the bookstores were doing their part in boosting the overall quality life of Taiwanese society.

Fortunately, Wu's persistence in bringing culture into everyday life was supported by major shareholders who also hoped to achieve the same goal, and the stores survived through budgeting difficulties and eventually turned profitable.

Over the years, Wu developed a new operational model for bookstores by integrating books with culturally creative products, fine goods, café, theaters, and galleries. Their bookstores became a hangout for hipsters and bookworms, and Eslite was selected the Best Bookstore in Asia by Times magazine in 2004.

28 years on, Wu turned Eslite into a cultural landscape that represents a certain lifestyle and attitude. Today, it has expanded to 48 branches, including three in Hong Kong and one in China.

When it came to adapting to the digital era, Wu noted that culture is a kind of attitude towards life, and that the ultimate goal of a business is to promote a lifestyle. Though he had to face pressure from reality, "Eslite cannot survive without commerce; however, without culture, Eslite is not willing to live either,” he stated.

His death by heart failure at the age of 68 in July 2017 was mourned by many. Wu had inspired bookstores around the world with his persistence, passion, and visionary operational model. His legacy will live on through Eslite, which continues to connect individuals who love life and reading.