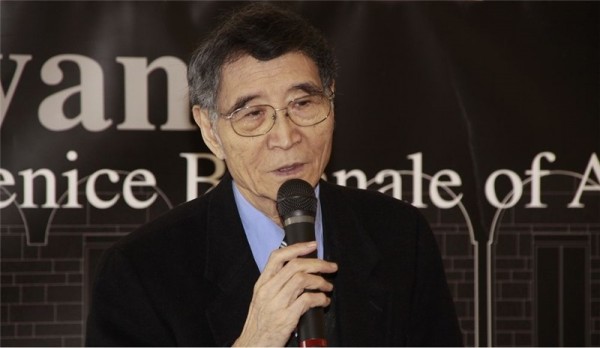 Han was a renowned architect, educator, and curator. In the 1980s, when Taiwan was experiencing rapidly economic growth, most of the architects were occupied with constructing new buildings whereas Han chose a different path - to carry on heritage restoration. Han's contribution to Taiwan's architecture and culture earned him the 34th National Cultural Award in 2014, the same year of his death.

A graduate of the Tainan Institute of Technology (former the National Cheng Kung University), Han pursued further studies in the U.S. and received a M.A. in architecture from Harvard University and another degree from Princeton University.

Han was once asked what he had learned from Harvard, and he answered: "to be open-minded, to embrace the infinite possibilities of creation, and to let imagination run wild.” Reading comprehensively and thinking critically, Han learned that architecture is more than just sharpening pencils and doing sketches; it is an expression of a nation's culture and history.

Since the 1970s Han had participated in restoration of Lin Family Mansion and Garden (林家花園) in Taipei as well as Confucius temple (孔子廟) and Longshan temple (龍山寺) in Changhua County. Han believed that traditional Chinese architecture represents a national spirit; therefore the heritage should be preserved instead of being torn down for business.

In addition, Han had a great concern over the cultural and creative sector emerging in Taiwan in recent years. He criticized the exploitation of the cultural term for focusing on making business rather than truly developing the sector's potential. For Han, turning heritage buildings into cafés or selling items printed with famous paintings cannot be termed as culturally creative. Instead, culture should be deeply rooted and cultivated in daily life; it is about spiritual, not commercial, values.

From architecture to the cultural industry, Han had emphasized the importance of an aesthetic education. He advocated that one's attitude toward aesthetics should be molded at the early stage. After learning to appreciate culture, the aesthetic aspect of life will thus be valued. Han's notion on culture served to enlighten and raised public concern over the nation's cultural and civil development.