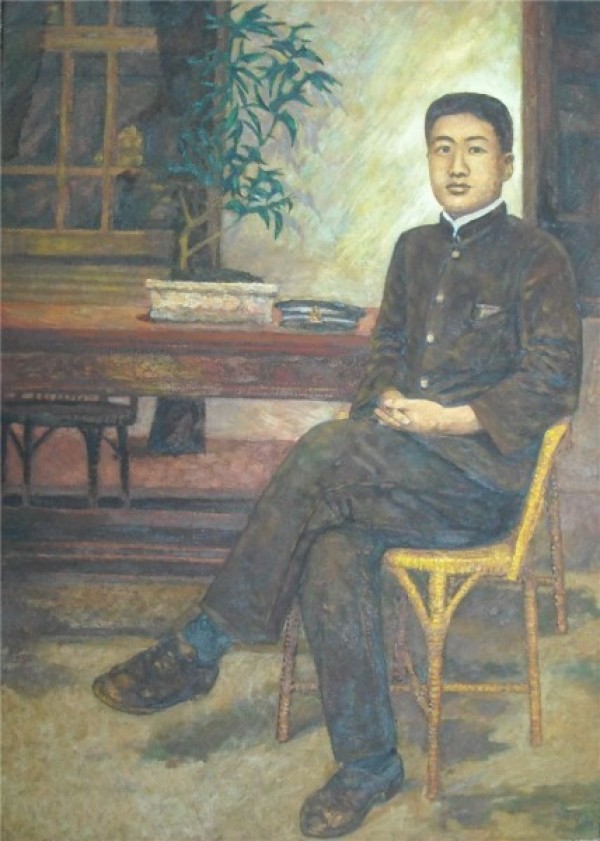 Chiang Wei-shui was a doctor and democracy pioneer who spearheaded several cultural movements against Japanese colonial rule. Chiang also founded the Taiwanese Cultural Association and Taiwanese People's Party to promote Taiwan culture and democracy. He was dubbed "Taiwan's Sun Yat-sen (孫中山)” for his role in Taiwan's cultural enlightenment and promotion of human rights.

Born in the Japanese colonial era, Chiang became sympathetic to the Han Chinese who were oppressed by Japanese authorities. He subsequently developed his own take on nationalism after studying the traditional Chinese language and culture in private school.

In 1910, Chiang was admitted to Taiwan Governor's Medical College, the predecessor of the National Taiwan University College of Medicine. While studying, Chiang also encouraged and led students to engage in activities that advocated nationalism.

After graduation, Chiang opened a hospital in the historic Dadaocheng District of Taipei. In 1921, he established the Taiwanese Cultural Association with several prominent social activists - including Taichung noble Lin Hsien-tang (林獻堂) - to develop Taiwan culture and promote human rights.

Chiang presented a lecture titled "Clinical Notes (臨床講義)” at the inauguration of the association, delineating the problems faced by Taiwanese society that he diagnosed from the perspective of a doctor. He personified colonial Taiwan as a male patient who suffered from illness caused by the Empire of Japan, and concluded that the only cure was education.

Later Chiang opened a bookstore near his hospital to introduce world trends and contemporary discoveries. He also launched the Taiwan Minpao newspaper (台灣民報) and delivered speeches around Taiwan to advocate new Taiwanese culture.

In 1927, Chiang founded the Taiwanese People's Party. As the first modern political party in Taiwan, it actively promoted freedom of association, freedom of speech, and local autonomy. The party also reported Japan's patent system of selling opium in Taiwan and the Wushe Rebellion to the League of Nations, drawing international attention to the plight of Taiwan.

Chiang died of typhoid in 1931 at the age of 40. He made a will stating that Taiwan's cultural revolution had entered its third phase and that all Taiwanese comrades should team up and fight vigorously to achieve true autonomy. Though Chiang did not finish what he started, his philosophy has continued to influence Taiwan's political atmosphere today.