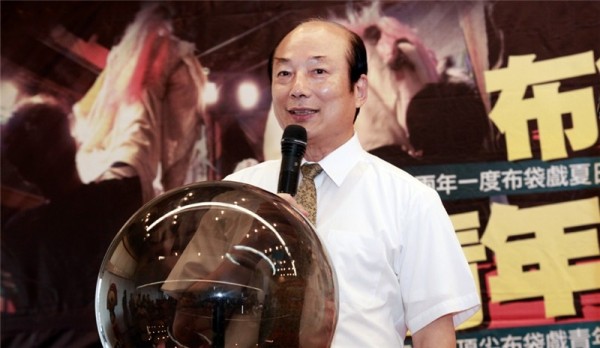 Ko Chi-liang was an influential figure in Taiwan's modern development of culture. He had dedicated his life to building a foundation for preserving traditional cultural heritage. Ko was honored the Chung Hsing Award for Arts and Golden Thumb Award for his dedicated work.

Growing up watching traditional Taiwanese performances, Ko developed a keen interest in culture from an early age. After graduating from Tamkang University and the National Chengchi University, Ko started his lifelong career as a civil servant after passing the civil service special examination.

He started at the basic entry level but quickly rose to the top, serving as division chief for the Council for Cultural Affairs (CCA), predecessor of the Ministry of Culture. He was also the leader of the GuoGuang Opera Company (國光劇團), principal of the National Taiwan College of Performing Arts, and director of the National Center for Traditional Arts.

Ko started to work for CCA when it was established in 1981, and had served there for nearly three decades. During his time at CCA, Ko had actively improved support and funding for Taiwan's culture and arts, and cultivated a friendly environment for developing Taiwan's traditional opera.

In order to develop and foster a deeper understanding of Taiwanese opera, Ko organized opera training sessions to cultivate talent, promoted children's theater, and launched the "Taiwanese Opera Train” speech series, which travels around the island of Taiwan for the public to learn more about opera.

In addition, Ko had helped organize the Sino-French Foundation for Education and Culture (中法文教基金會) and planned a number of programs on enhancing the performance of opera troupes, including overseas touring. He also supported the invitation of professional opera artists from mainland China to travel to Taiwan for cultural exchanges.

Ko then played a significant role in the development of the National Center for Traditional Arts, from the preparatory stage to its inauguration. He halted the disappearance of traditional arts through publication, promotion, and preservation. Ko also actively connected Taiwan's art and cultural communities with their international counterparts.

Ko retired in 2011 after working as a cultural practitioner and heritage preservationist for three decades. He once stated that he enjoyed his job a lot, and cited the hard work of Taiwan artists, who also made a lot of sacrifices in developing local arts and culture, as the reason for his persistence and determination.