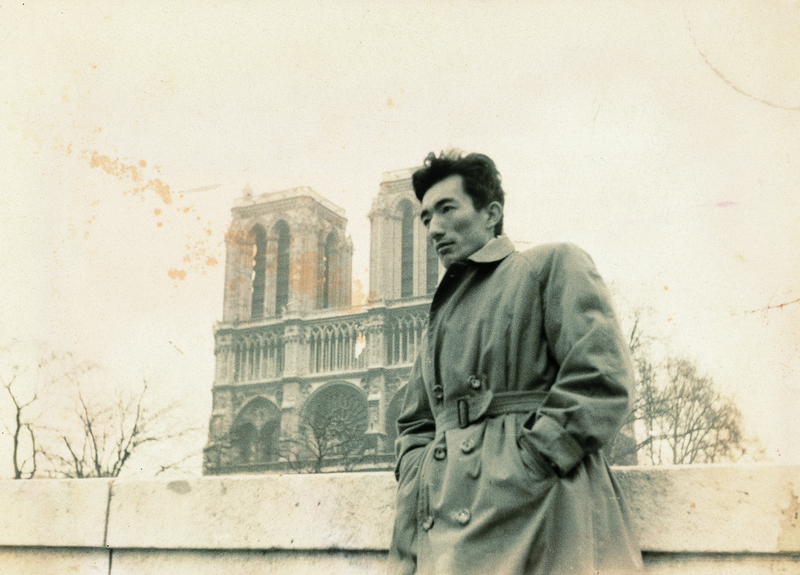 Hsu Tsang-houei, known as the "pioneering collector of Taiwanese folk songs," was a forerunner in modern Taiwanese music and a leader in the collection of the nation’s various ethnic musical forms. Later generations have come to see him as one of the most influential figures in the contemporary Taiwanese music world.

As a musician, Hsu got his start at a young age when he would accompany his grandmother to koa-á-hì opera performances after school. At 10, he and his older siblings went to Japan for school, which marked the beginning of his exposure to Western classical music. He returned to Taiwan in 1946 and entered the Department of Music at National Taiwan Normal University to study composition and theory. Later, he earned a government subsidy to study in France, going on to earn a post-graduate Diplôme d'études approfondies in music history from the Universite de Paris in 1958.

In 1964, Hsu began pushing for a movement to collect Taiwanese folk music. He began nationwide fieldwork in ethnic music, conducting comprehensive surveys, collections, compilations, and research into both indigenous and Han Chinese traditional music. Over time, he collected almost 3,000 songs from indigenous peoples across Taiwan, making him a trailblazer in Taiwanese ethnomusicology.

Hsu also started the Folk Art Heritage Awards, encouraging the government to focus more on folk artists, music, and crafts. In 1977, he founded the Chinese Folk Music Research Center, collecting ethnomusicological information and holding concerts to promote folk music. He was also committed to advocating for the protection of music creators' hard work through copyright, working with related groups to help create a conducive music environment.

After his passing in 2001, donations flooded in for the establishment of the Tsang-Houei Hsu Cultural and Art Foundation (財團法人許常惠文化藝術基金會), dedicated to continuing Hsu's works in studying, teaching, performing, and providing encouragement for musical creation and competitions. All this was done in the hope that Hsu’s intellectual property and lifetime of research would be able to continue to benefit music lovers.

Hsu himself once said, "The building of a culture takes centuries, but its destruction can take only a matter of years." This was something he firmly believed in and he dedicated his life to ensuring Taiwan's local musical culture would not suffer that fate.