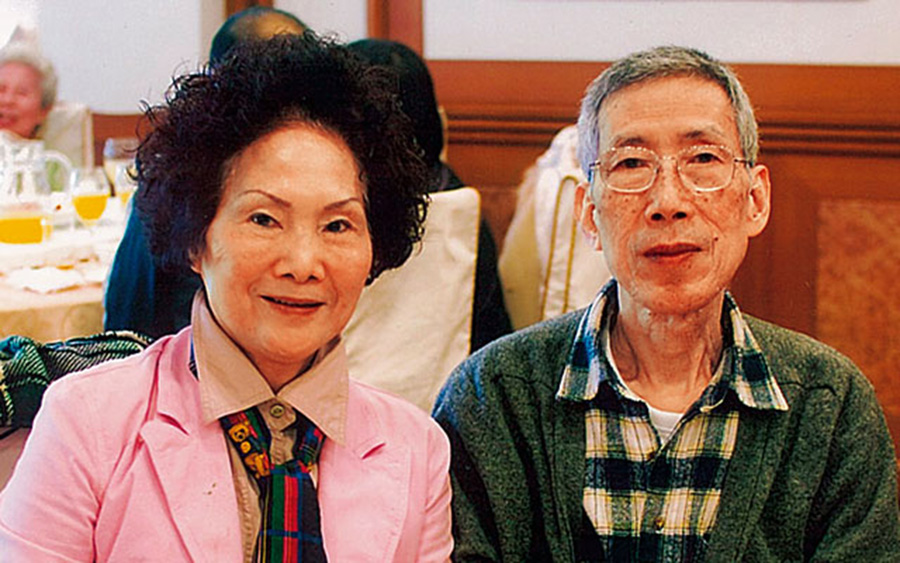 Chang was born into a middle-class merchant family — her grandfather was a goldsmith, and her father was a successful rice merchant. The record store that she went on to launch was housed in a building that was originally owned by her mother's side of the family. After graduation, Chang first worked at a trading company and, in accordance with tradition, she had an arranged marriage to Lin Min-san (林敏三) one hundred days after her father's death.

After getting married, Chang and Lin opened the Guang Yang Electrical Appliance Store (光陽電器行) selling refrigerators, televisions, washing machines, audio players, and other household appliances. The shop did well and was a top distributor for Panasonic, HACEB, and Sanyo electronics.

Selling audio equipment like speakers and acoustic kits required Chang to order records from abroad for audio testing and sound-effect testing. The audio business was good, but bringing in so many high-quality records attracted local music fans. Chang saw a business opportunity and relied on her self-taught English and Japanese to write to international record producers and music labels asking to become their music record distributor in Taiwan.

In 1967, Chang and Lin renovated and expanded the store until it filled the four-story building it still occupies. The first floor was still the electronics store, with an expanded area dedicated to audio equipment and records, while Chang opened the Bakery restaurant (加樂麗餐廳) on the second and third floors. In 1973, they decided to close the restaurant and by 1975, Chang had converted the space on the second floor into a music department, selling large numbers of imported vinyl records and cassette tapes. Around the same time, Lin decided to transform the home appliance store into an audio appliance store.

Before they knew it, they were selling more music records than audio equipment, and the Sunrise Records (上揚唱片) store was officially born. Sunrise was Taiwan's first international record store and an early licensing partner of major overseas music vendors like DGG, RCA (Sony BMG), and Philips, introducing top-shelf classical and jazz records to Taiwanese audiences.

Looking at all the foreign records she was selling, Chang wanted to see Taiwanese local music make its own mark. Although the mainstream pop music record market in Taiwan was booming, there was still development room for more artistic music like classical or jazz.

In 1984, Chang collaborated with composer Ma Shui-long (馬水龍) to record the album “Bamboo Flute Concerto (梆笛協奏曲),” which was a combination of traditional Chinese instruments and western orchestral music. It was an instant hit; the album flew off the shelves and was even made into a news jingle for the Taipei-based Broadcasting Corporation of China (BCC,中國廣播公司), further propelling its popularity.

Chang became a legendary figure in Taiwan's music recording industry. At the height of the records boom, she managed up to 20 exclusive, international, and leading music labels. Every year she would participate in the Midem music festival in Cannes. Back when Taiwanese concert halls were unwilling to support recording production, Chang would take the artists to record in the Czech Republic, Japan, or Russia.

From the mid-1990s, when pirated CDs were rampant, to especially after 2000, with the rise of digital music, many record stores suffered heavy setbacks or closed their doors. Thus, Lee Ching-mei's (李靜美) 2002 release "Love-Lit the Face (滿面春風)" became the last album produced by Sunrise Records. The cost of producing records had always been high and they did not make much profit. Whereas, in the past, Sunrise was able to compensate with record sales income. With the market shrinking, Sunrise reverted to concentrating on selling music records once again.

In 2015, the Golden Melody Awards for Traditional Arts and Music honored Chang and Lin with a joint special contribution award in traditional and artistic audio publishing, in recognition of their persistent and dedicated contributions to Taiwanese music.

Lin passed away in 2018, and Chang in 2019. Under the care of their eldest son, Sunrise Records still stands proudly at the intersection of Zhongshan North Road and Minquan East Road in Taipei today.