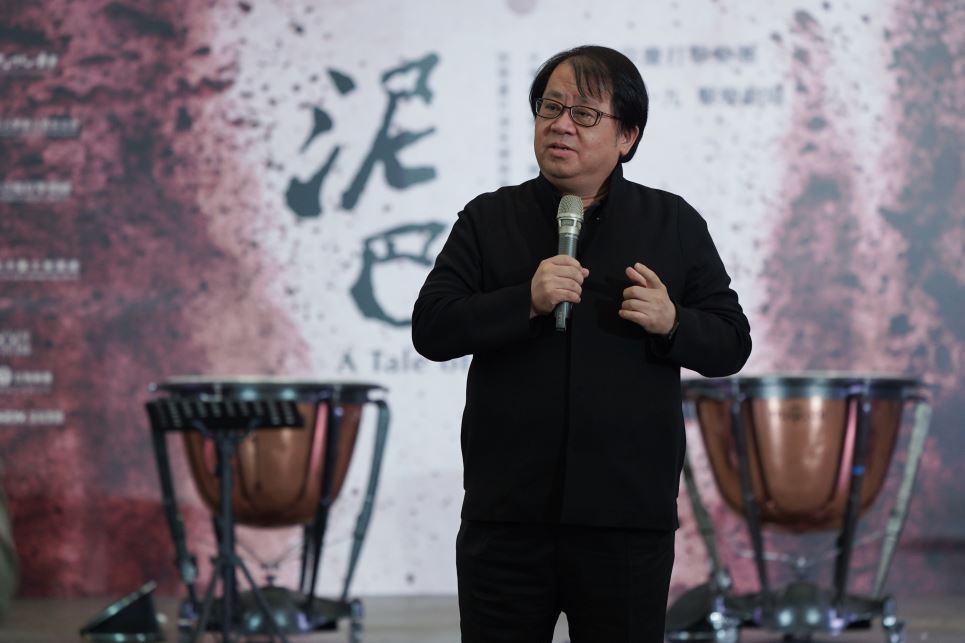 Name: 朱宗慶
Date of Birth: Oct. 15, 1954
Place of Birth: Taichung County
Did You Know…?
In 2016, Ju Tzong-Ching (朱宗慶) was inducted into the Percussive Arts Society (PAS) Hall of Fame, the second person from Asia to be so honored after Japanese marimba player Keiko Abe in 1993.


Ju Tzong-Ching (朱宗慶) is a well-acclaimed percussionist, who has played a significant role in introducing and popularizing interest in percussion music in Taiwan over the past three decades.

The Taichung-born artist originally majored in wind instrument music at the National Taiwan Academy of Arts, but transferred to percussion music at the encouragement of one of his professors. At 24, he became the principal percussionist of the Taiwan Symphony Orchestra. In 1980, Ju traveled to Vienna to pursue formal training under master percussionist Walter Veigl and Richard Hochrainer, former first percussionist for the Vienna Philharmonic. Graduating from the Vienna Academy of Music in 1982, Ju became the first person in Taiwan to obtain a diploma of music performer in percussion.

Upon returning to Taiwan, he served again as the principal percussionist of the Taiwan Symphony Orchestra, and then went on to serve as director of National Taiwan Symphony Orchestra, and then director of the National Theatre and Concert Hall (NTCH, 國家兩廳院). His passion for percussion music also drove him to accept the invitation to jointly promote percussion music from Professor Ma Shui-long (馬水龍) from the Taipei National University of the Arts. In the late 80s, people in Taiwan had little to almost none of the knowledge of percussion music, which was practically non-existence in Taiwan's music scene.

Despite all the challenges Ju knew he would encounter, in January 1986, he founded Taiwan's first percussion ensemble, Ju Percussion Group. Ju never ceased to make breakthroughs in terms of performing styles. He was just as comfortable performing on the streets, and in temples, to performing in large concert halls. In the 1990s, the Ju group performed a number of times on the extremely popular "Variety 100" television show, hosted by award-winning Chang Hsiao-yen (張小燕). This marked the first time an arts performing group set foot in a Taiwanese television studio. After watching the group's performance on TV, audiences began to pour into concerts presented by the percussion group. The breakthrough has inspired other performing groups to follow suit.

Over the years, the Ju Percussion Group has developed an acclaimed international reputation. To create a multi-faceted style of orchestra, the group uses large-scale performances and new productions each year to showcase its creativity of fusing East and West elements and keeping classics alive. Through building up a repertoire of modern sounds and bringing a lively and original approach to music education, the Ju Percussion Group succeeds in entering international spotlight and making Taiwan a developmental hub for percussion music.

In 2006, Ju served as president of the Taipei National University of the Arts. During his tenure, he had sought to use innovative thinking to achieve the goal of transforming the school into a world-class arts university. In 2009, as chief program director of the opening and closing ceremonies of the World Games in Kaohsiung, Ju leading a team of faculty and students from the university gave an impressive new form of performance.

In light of his outstanding commitment to the arts, Ju was awarded the National Award of Art in 2000. In 2009, he was honored with the Lifetime Achievement in Education Award by the Percussion Arts Society, and in 2020, he was a recipient of the 39th National Cultural Award for his outstanding contributions in the fields of percussion, art education, and theater management.

Percussion started out as a supporting role in orchestra, but after 30 years of hard work by Ju and his Ju Percussion Group, it has come to share the center stage of Taiwan's music scene. Throughout it all, Ju has held fast to his original passion, continuously promoting percussion music and steadily beating out thrilling rhythms.