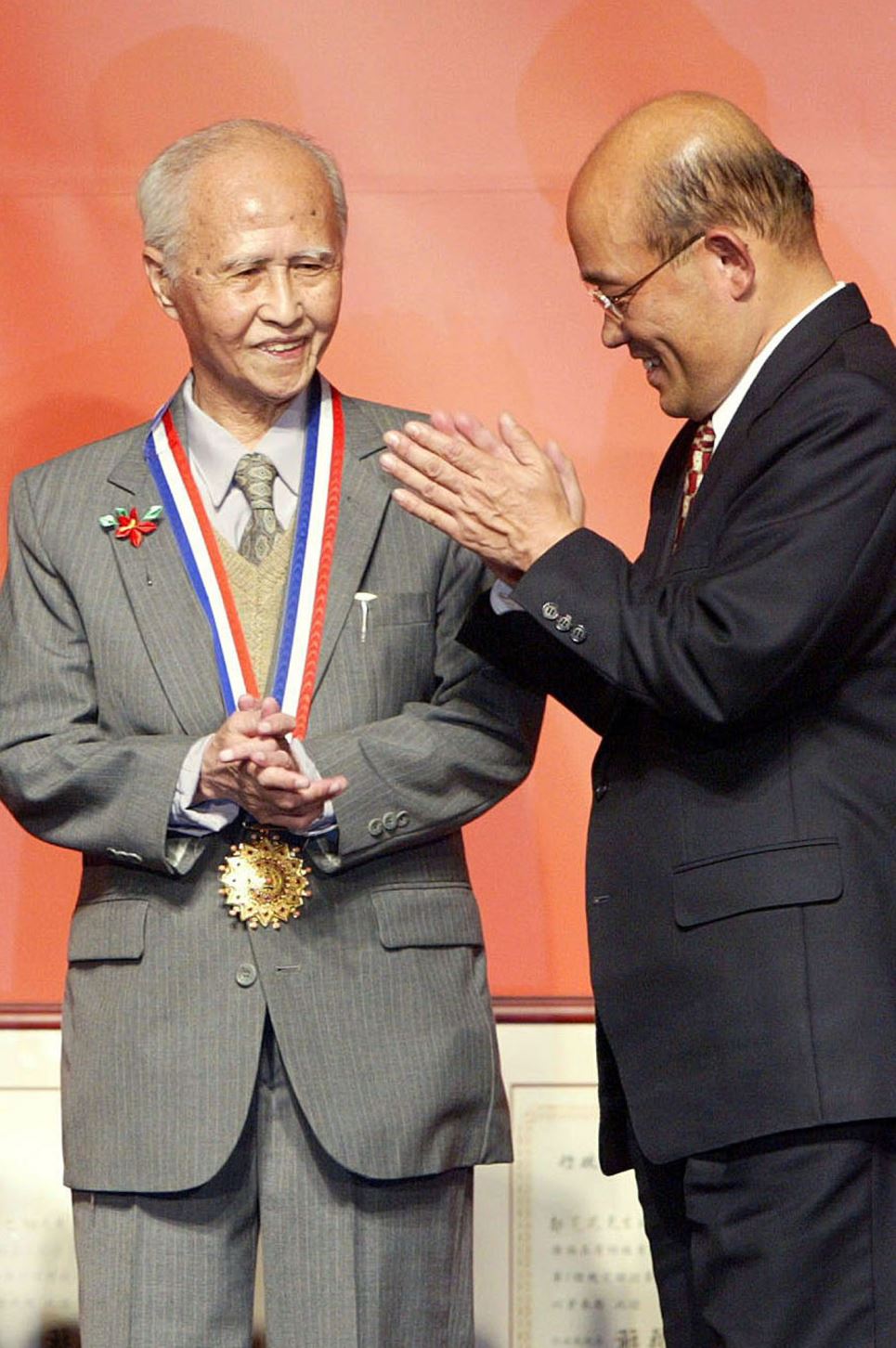 ‧ Chinese Name: 郭芝苑
‧ Date of Birth: December 5, 1921
‧ Date of Death: April 12, 2013
‧ Place of Birth: Miaoli, Taiwan
‧ Did You Know?
Following the creed that 'the local is global, and the national is international,' Kuo Chih-yuan composed songs that were both elegant and popular, he was a rare pioneer of both classical and modern music in his time. Originally an academic musician, he had always been on the fringes of the music mainstream due to his unwillingness to adapt to the change in political regime after the Nationalist government decamped to Taiwan. Even in the face of such difficulty, he still worked hard on his creative career, writing more than 50 songs in Taiwanese-Hokkien dialect to express his love for his homeland, his undying passion for creativity, and his pride as a Taiwanese.

Named as "Pride of Yuanli" and "Miaoli's Father of Music," Kuo Chih-yuan was born in 1921 during the "New Culture Movement" era in Taiwan. He grew up in a wealthy family and was influenced by his art-loving father, Kuo Wan, who raised him around the music of Beiguan, Nanguan, and Koa-á-hì (Taiwanese opera).

As a young man, he underwent a Japanese education, through which he was exposed to a great many Japanese folk songs. In 1934, he entered Tainan Presbyterian High School (now Chang Jung High School), where he was exposed to religious poetry and joined the school’s harmonica club, developing an interest in Western music. Later, he went on to Tokyo to study at Tokyo Conservatory of Music (now Tokyo College of Music). During this same time, influenced by the musician Jiang Wenye, he decided to devote himself to the creation of Taiwanese folk music.

After returning to Taiwan in 1946, he was hired by the Hsinchu Teachers’ College. However, because he did not know Mandarin and only spoke Taiwanese-Hokkien and Japanese, he found himself restricted by the language policy of the newly arrived political party - Kuomintang. That policy meant that his songs were often published in Mandarin only, leaving him often bemoaning having become part of a “voiceless generation.” After a short stint in the post-war Taiwanese music scene, Kuo retired to the countryside to devote himself to creative work.

In 1959, composer Shi Wei-liang returned to Taiwan from France and ignited a series of modern music movements. When Kuo heard of this, he began to work even more diligently on his own compositions, releasing “Fantasy on the Taiwanese Ancient Melody,” “Village Dance,” “Oriental Dance,” and “Piano Sonata.” In 1967, at the age of 46, Kuo went back to Japan to study composition at the Tokyo University of the Arts.

In 1973, Kuo accepted Shi’s invitation to join the research department of the Taiwan Provincial Symphony Orchestra, where he specialized in composing and arranging music, as well as writing introductions to the repertoire, for a period of 14 years.

In 1994, Kuo met vocalist Ruan Wenchi, and together they promoted the “Taiwanese Art Song Movement,” with the former writing songs in Taiwanese and the latter training and performing with a group. In his later years, he returned to writing music in his most familiar language, Taiwanese, and devoted himself to promoting Taiwanese art songs, something he had always wanted to do but had not yet done. His works painted a portrait of life in Taiwan, bringing music closer to the people’s lives and boosting their identification with the land of Taiwan.

Kuo Chih-yuan worked in a wide range of genres and compositional styles, including the symphony “The Mainland to Taiwan”; the opera “The Cowherd and the Weaver Girl,” which was first performed in Paris in 1986; the light opera “Xu Xian and the White Lady”; various orchestral pieces, concertos, and choral pieces; and the famous pop songs “Red Rose,” “The Day We First Met,” No One Knows What’s In My Heart,” and the Taiwanese patriotic song “The Song of Taiwan” and “Onward, People of Taiwan!” In his later years, his works were mainly chants and songs, incorporating the music he heard as a child into his works, returning to the purest and simplest sounds of Taiwan.

He passed away at home in April 2013 due to colorectal cancer at the age of 92. During his lifetime, he always remembered and emphasized the importance of composing “something that is truly one’s own” and creating music that really belonged to Taiwan. This was something he remained committed to working on throughout his life with an unwavering dedication.