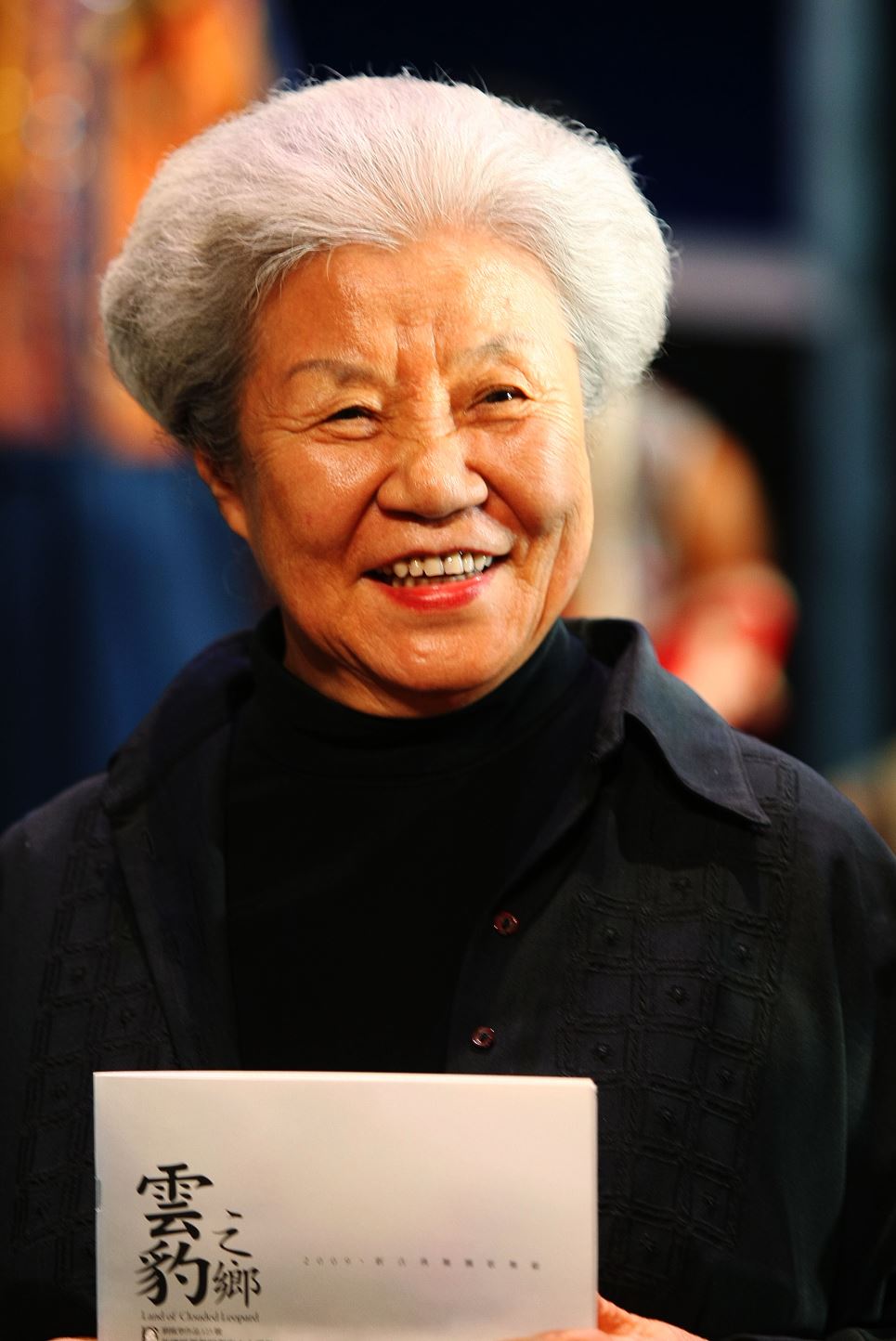 ‧ Chinese Name: 劉鳳學
‧ Year of Birth: 1925
‧ Place of Birth: Heilongjiang, China
‧ Did You Know?
What first brought Liu Feng-shueh and indigenous culture together was a simple postcard, in her second year of junior high school, she received a tropical postcard depicting waves, coconut trees, and indigenous girls, which captivated her as a child growing up in the cold northeast and opened her imagination to the southern isle of Taiwan.

Liu Feng-shueh was born in 1925 in Qiqihar, Heilongjiang Province, China. As a young girl, she studied classical ballet with Russian children during the day, and at night, if she had the opportunity, she would watch the "shamanism" rituals that she was so curious about. Her interest in dance developed at an early age, nourished by a multicultural environment.

In 1931, the Japanese army occupied Northeast China, from elementary school onward, Liu was enrolled in a boarding school, receiving a Japanese education all the way through to her junior year of college. This experience of studying under Japanese rule inspired her to explore more about dance. Later, she entered Changchun Women’s Normal University, the only women’s university in the three northeastern provinces at that time. There she studied music and physical education and took professional courses in music, dance, composition, and performance. Inspired by the Jaques-Dalcroze system of dance education and modern dance training, she gradually began to develop the concept and idea of “innovative” dance.

In the year following the end of World War II, Changchun Women’s Normal University was reopened under the new name of Changbai Teachers College. She returned to school, majoring in dance and minoring in music, starting again from junior year. Unfortunately, the fires of war were not so easily extinguished. With the outbreak of the Chinese Civil War, the sounds of artillery fire and the hassle of migration became the norm for the next three years of her college life.

In 1948, after her arrival in Beijing, Liu met a new teacher who inspired her deeply—Dai Ailian. Having received a long Japanese colonial education, she has always longed to learn about Chinese folk dance and to find her roots. She had never expected she would have the good fortune to be able to do so with Dai. Dai was a pioneer in studying ethnic dance, and through her guidance, Liu was introduced to the dances of the Tibetan, Uyghurs, and other ethnic groups. Her approach to the collection, adaptation, staging, and promotion of folk dance also deeply influenced her future research on the songs and dances of Taiwan’s indigenous peoples.

After graduating from Changbai Teachers College in 1949, Liu Feng-shueh, fueled by a desire to learn about indigenous dance, moved to Taiwan with the Nationalist government and began a career in dance creation, research, and teaching.

When she first arrived in Taiwan, she taught briefly at the Hualien Normal School and gathered information about the times and places of many indigenous ceremonies and festivities through the indigenous students at the school. Her first time experiencing Taiwanese indigenous dance first-hand was during the Amis harvest festival of Ilisin in Fenglin Township, where she danced to the rhythm and songs of the festival. The emotionally charged rituals also prompted her to reflect on Han ritual culture, which indirectly led to her interest in studying Confucian ritual dance.

In 1954, Liu began teaching at the Physical Education Department of National Taiwan Normal University. She began to experiment with Chinese modern dance and, whenever she encountered problems in the course of creation, read and pondered over what she learned. Finally, in 1957, on the occasion of her department’s monthly research presentation, she brought up the topic of “Chinese modern dance” that she had puzzled over for so long. From that time on, her research and creative work began to go hand in hand and inform one another, leading to the first Chinese modern dance piece, “Ambushed on All Sides,” in 1958.

In order to further trace the roots of Chinese dance, Liu went to Tokyo University of Education in Japan in 1965 to pursue a Master’s degree. Originally, she planned to collect data and examine the Tang dynasty music preserved in Japan in parallel with her research, but later she gave up her degree and joined the Bureau of Music of the Japanese Imperial Household Agency, devoting herself to the study of Tang dynasty music and dance there. In 1984 she successfully reconstructed the piece “Emperor Qin Crushing the Battle Formations.”

After returning to Taiwan in 1967, she established the Modern Dance Research Center to spread her dance education philosophy of “creating the modern while respecting the traditional,” as well as cultivating her own creative environment. The Center would go on to educate a number of talented dancers, as well as being the cradle of the Neo-Classic Dance Company, which was founded in 1976.

In 1981, Liu went to London, England, for her doctoral studies at the Laban Centre for Movement and Dance. There, under the supervision of Professor L.E.R. Picken, a Chinese music theorist from the University of Cambridge, she would continue her research into Chinese Confucian dance.

In 1987, she received her Ph.D. for her dissertation "A Documented Historical and Analytical Study of Chinese Ritual and Ceremonial Dance from the Second Millennium BC to the Thirteenth Century," becoming Taiwan’s first doctor of dance.