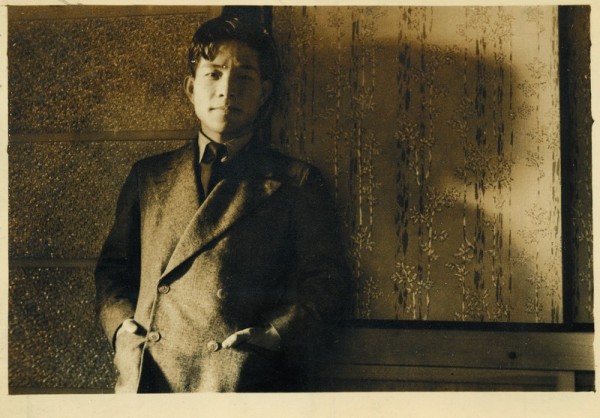 Dubbed the "Chopin of Taiwan,” Jiang Wen-ye was one of the most talented composers born in Japanese-ruled Taiwan. His works reflected his feelings for his homeland and cleverly assimilated Japanese and Chinese cultural influences. In a career spanning over 30 years, Jiang produced around 130 pieces, including 22 orchestral pieces, 33 piano sonatas, 24 songs for solo singing, eleven chamber music compositions, and three operas, and six musicals

Born in Taiwan under Japanese rule, Jiang was sent by his father to study in Japan in 1922. After finishing high school, Jiang attended Tokyo City University to study engineering. However, his passion for music motivated him to take vocal classes from composer Kunihiko Hashimoto (橋本國彥) at the university's evening department.

Upon graduation, Jiang entered the Japanese music industry as a vocalist under the Columbia label in 1932. Meanwhile, Jiang also learned how to compose under the mentorship of composer Kosaku Yamada (山田耕筰) after finishing his day job. In 1934, Jiang met Russian composer Alexander Tcherepnin, from whom he learned modern European music.

During the 1930s, Jiang participated in Japanese national competitions and international competitions, where he won prizes several times for his vocal talent and gradually rose to fame. However, his Taiwanese identity hindered his career development in Japan.

In 1934, Jiang toured Taiwan and composed his first piano sonata, "Night in the City (城內之夜),” after revisiting the Taiwanese landscape and its people. After the tour, Jiang composed another piece titled "Fantasy of the Little Egret (白鷺鷥的幻想)” to present a musical imagery of Taiwan.

In 1938, Jiang was invited to China to serve as a music teacher at Beijing Normal University. While teaching, Jiang also conducted research on traditional Chinese classic and folk music. The influence of his stay in China can be found in compositions such as "Spring Morning (春曉),” "Quiet Night Thoughts (靜夜思),” and "Hearing Bamboo Flute on a Spring Night in Luoyang (春夜洛城聞笛).”

Jiang started teaching composition at the Beijing-based Central Conservatory of Music in the 1950s. However, because of his Taiwanese roots and his involvement in a Chinese political movement that began in 1957, Jiang became a forced laborer at the age of sixty during the Cultural Revolution.

After release from labor camp, Jiang continued teaching and composing music. However, the physical hardship took a heavy toll on his health and Jiang was soon struck with multiple strokes. While battling illness on bed, Jiang never gave up on music and continued to work on his last symphony piece - "Voices of Alishan (阿里山的歌聲)” - until passing away in 1983.

His musical bequest, and the legacies of all the musicians who left indelible marks on the course of Taiwan music history, will be preserved, studied, and treasured under the Ministry of Culture's "Reconstruction of Taiwan Music History” project.