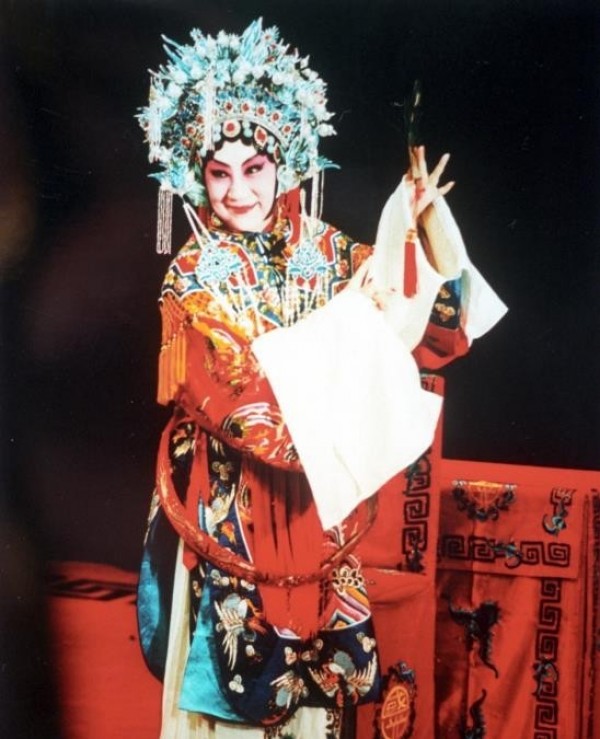 As the bearer of the title "Master of Ching I (female lead roles),” Gu was a renowned Peking opera actress based in Taiwan. She played a key role in introducing Peking opera into Taiwan's performance arts scene and the development of Taiwan's own Peking opera talents.

Mentored by several notable Peking opera actors, Gu mastered the techniques of several opera schools and developed a wide range of performing skills. She rose to prominence in her youth as a Peking opera actress, and established the eponymous "Gu Zheng Qiu Opera Troupe (顧正秋劇團)” in 1946.

Gu toured Taiwan with over 100 troupe members in 1948, and had to extend their stay due to the huge success of their performances. However, the chaotic circumstances of the Chinese Civil War forced Gu and her troupe members to remain in Taiwan. She resided in Taiwan since then.

Aged 21 that time, Gu carried the responsibility of supporting the livelihood of all the troupe members in Taiwan. For five years, they performed for the public in Taipei theaters, while Sundays were reserved for army troops, thus playing the role of comforting the public as well as boost military morale during that turbulent era.

Gu's troupe disbanded after she married Finance Minister Ren Xian-qun (任顯群) at the age of 25. Gu relocated with her husband to a remote mountain area in Taipei, where they ran a farm together and kept a simple family life.

Though Gu quitted her acting career for marriage, she continued to perform for charity events held by groups such as the Taipei Young Women's Christian Association and Chinese Women's League. She also performed for national events, including presidential inaugural ceremonies.

In 1989, Gu returned to the stage to produce ten Peking opera dramas for the Chinese Television System. She then released five albums featuring her signature singing style and performances as part of a heritage preservation program supported by the Council for Cultural Affairs, the predecessor of the Ministry of Culture.

Gu and her troupe had an unmistakable influence on the development of Peking opera in Taiwan, and she was honored with the National Award for Arts twice for her achievements and contributions. The Executive Yuan passed the Presidential Commendation for Gu Zheng-qiu after she passed away in August 2016.