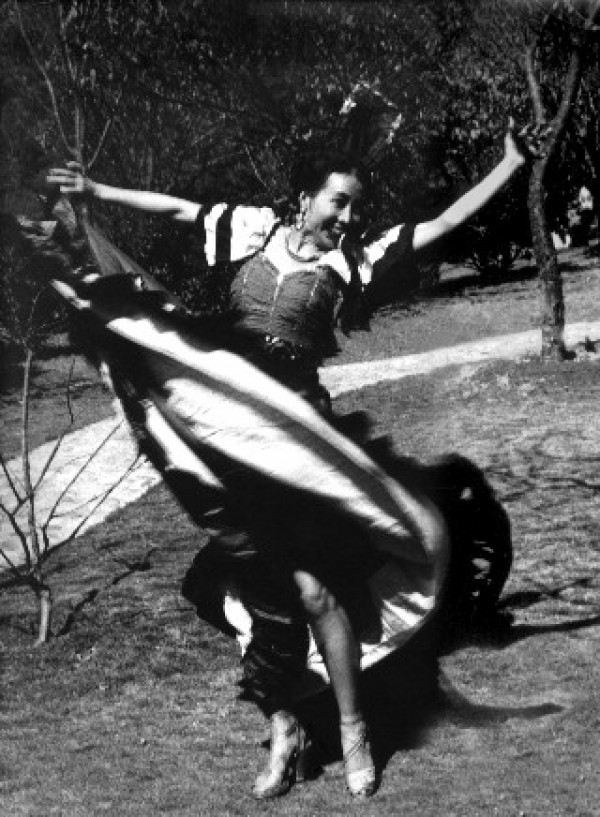 Tsai Jui-yueh was a dancer-choreographer and a lifelong advocate for contemporary dance despite the suppression of human rights during the 38-year period of martial law in Taiwan. She played a significant role in the early dance history of Taiwan with her persistence in cultivating dancers and promoting exchanges between Taiwan and foreign dance professionals.

When Tsai was a high school student, she once watched a theater performance by renowned Japanese choreographer Ishii Bac (石井漠) and his dance troupe. Deeply impressed by the performance, Tsai convinced her parents to let her go to Japan to learn dance from Ishii's group after finishing high school.

During her stay in Japan, Tsai was mentored by Ishii Bac and his disciple Ishii Midori (石井綠). She also followed the dance troupe in performing across Japan as well as in Malaysia, Myanmar, Singapore, and Vietnam.

After the end of World War II, Tsai returned to Taiwan and held her contemporary dance debut two months later in her hometown. Her performance took the audience by storm, prompting her to start the first dance school in Tainan.

Just before the February 28 Incident struck in 1947, Tsai married poet and scholar Lei Shih-yu (雷石榆). They moved to Taipei and opened a dance school in the accommodations offered by the National Taiwan University, where Lei taught Chinese literature.

In 1949, Lei was arrested and expelled to China by the government. A few months later, Tsai was sent to prison on Green Island as a political prisoner as well. During her time in jail, Tsai taught her fellow inmates to dance in a bid to lighten them up and temporarily alleviate shared feelings of haplessness.

Tsai reopened her dance school after being released from Green Island in 1953. Though the government kept her under surveillance, forcing her to move classrooms frequently, Tsai never gave up her passion in dance. She established the Chunghwa Dance School (中華舞蹈社) in 1959, the predecessor of today's Tsai Jui-yueh Research Institute.

Many students enrolled at the institute, which also offered customized lessons for Japanese and American students. It also forged partnerships with dance communities in Australia, Japan, South Korea, Thailand, and the United States, becoming a major platform for global cultural exchanges in Taiwan at that time.

Tsai immigrated to Australia in 1983, leaving her daughter-in-law to run the school. However, the school was burned down in unclear circumstances. Nevertheless, Tsai insisted on re-creating her dance projects on the remaining site when she was invited back to Taiwan in 1999.

Tsai's determination moved many artists and encouraged them to create new works at the old site as well. The Tsai Jui Yueh Cultural Foundation was established with money earned from charity sales to continue operating Tsai's dance school and pass down her legacy.