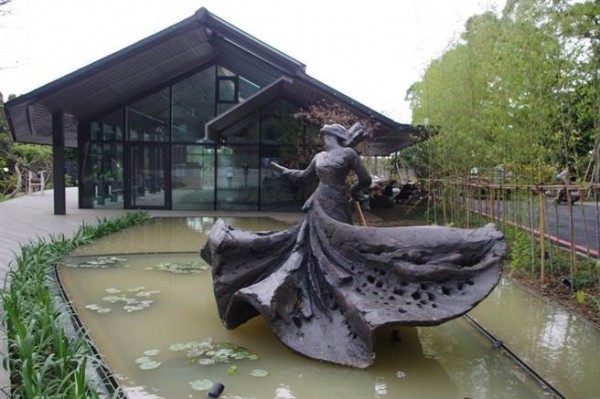 Lo Man-fei was a renowned dancer, choreographer, and teacher who had dedicated her life to promoting performance arts and cultivating dancers in Taiwan. Best known for her long-term collaboration with Cloud Gate Dance Theatre, Lo performed extensively in Taiwan and overseas, and her achievements were recognized with the Wu San-lien Award for Arts and the National Award for the Arts.

Growing up in the eastern county of Yilan, Lo started dancing when she was five. Although Lo did not continue her dance classes in order to focus on academic studies, her passion in dance drove her to join the Neo-Classic Dance Company led by Liu Feng-shueh (劉鳳學) when she was in her junior year at the prestigious National Taiwan University.

As one of the original members of Cloud Gate, Lo staged 40 performances, including "White Serpent Tale (白蛇傳),” around the world. In 1982, she left the troupe to finish her studies at New York University. During her stay in New York, Lo also took part in the Broadway musical "The King and I” and toured with Yul Brynner.

In 1985, Lo obtained her master's degree and returned to Cloud Gate to continue her career as a professional dancer. Among her performances, Lo was best noted for her solo performance in "Requiem (輓歌),” a piece that was choreographed by Lin Hwai-min (林懷民) and tailored for her.

Meanwhile, Lo also began teaching at the Taipei National University of the Arts. As an educator, she actively cultivated new talents and organized events for young dancers. Soon, Lo was invited by Lin to serve as artistic director of Cloud Gate 2 to foster the newly established troupe in 1999.

Lo was fully dedicated to performing, creating, and teaching until she was diagnosed with lung cancer in 2001. In spite of her illness, Lo never gave up her passion and continued to work from the hospital. Three months before passing away in 2006, she was still choreographing for "Rouge (胭脂扣)” and completed her seminal work "Searching for Dreams (尋夢).”

In her name, Cloud Gate has established a scholarship for budding Taiwanese dancers and choreographers to travel overseas and expand their horizons.