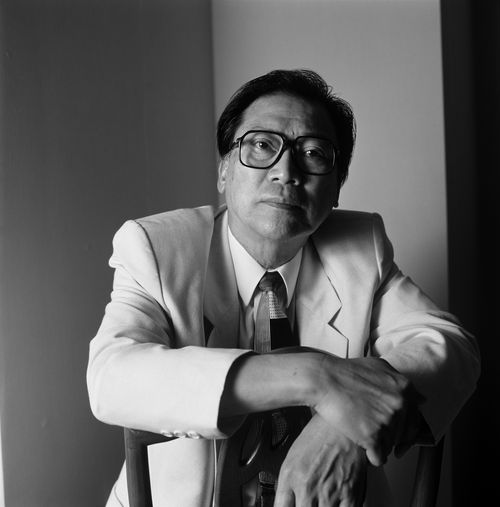 Praised as "Taiwan's Rachmaninoff,” Tyzen Hsiao was a representative composer of the neo-Romantic school in Taiwan. His works that embodied Taiwanese elements have revitalized interest in Taiwanese literary art and folk culture. Hsiao was the twice winner of Taiwan's prestigious Golden Melody Awards for Best Composer, and the 2009 National Cultural Award laureate for bringing Taiwanese music scene to the world stage.

Born to a family of Presbyterian faith, Hsiao grew up with church music and was nurtured in music by his mother, a pianist. Having learnt to play piano at an early age, Hsiao continued to study music at National Taiwan Normal University and Musashino Academy of Music in Japan in the early 1960s.

After returning to Taiwan in 1967, Hsiao spent a decade teaching music, conducting orchestras, and composing music. In 1975, Hsiao held his first music concert at the Taipei Zhongshan Hall; in the same year, his orchestral work "Song of Nostalgia (思鄉曲)” was first introduced and performed in the U.S.

Hsiao relocated to the U.S. with his family in 1977 due to his wife's business failure in Taiwan. During his stay in the U.S., Hsiao transformed a dozen of Taiwanese folk songs into piano pieces to express his homesickness. Later he pursued further studies at the University of California, Los Angeles, where he established his style of composition.

While leading chamber music choirs to perform in the U.S., Hsiao started to compose "1947 Overture (1947序曲)” to commemorate the February 28 Incident of Taiwan. The music piece, which was later widely performed and recognized as one of Hsiao's most acclaimed works, was completed after recovering from a severe heart attack in 1943.

Hsiao returned to Taiwan in 1995, and continued to create music expressing his love for Taiwan until a stroke in 2002 forced his retirement. Although he passed away in 2015, Hsiao's prolific creations continue to drive the Taiwanese folk music renaissance and his legacy has forever enriched Taiwan's music scene.