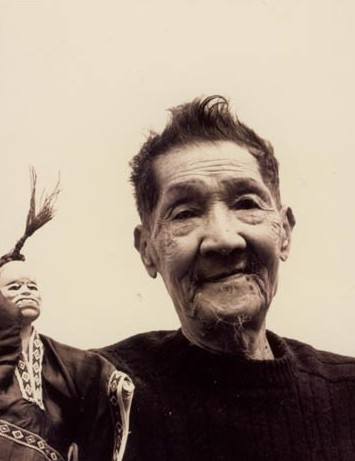 Once considered as Taiwan's "Living National Treasure,” Li was a puppet master who brought Taiwanese puppetry to the world's attention. Li was honored as a Knight of the Order of Arts and Letters by France and received the first National Heritage Award in 1985 for his lifetime contribution.

Growing up with a hand-puppet troupe based in Taipei, Li became a professional puppeteer at the age of 14, and founded his own puppet troupe - "I Wan Jan (亦宛然掌中劇團)” - when he was 22 years old. However, his troupe had to halt because of the outbreak of the Second Sino-Japanese War in 1937. It was not until in 1941 did he start doing puppet shows again.

Li dedicated his life to puppetry for nearly 80 years. Experiencing the rise and fall of the traditional art form in Taiwan, he also tried his hand at Peking opera, Taiwanese opera, and Hakka tea-picking opera as well as odd jobs such as running a tea store and selling oysters. Later in life Li also taught children his puppetry skills at school, and helped to establish the first children hand-puppet troupe - "Chiao Wan Jan (巧宛然)” - in 1988.

In his late 70s, Li stepped into the film industry by starring in director Hou Hsiao-hsien's (侯孝賢) "Dust in the Wind (戀戀風塵).” Li's rich life experiences enabled him to portray the character vividly. In total, he starred in Hou's "Daughter of Nile (尼羅河女兒)” and "City of Sadness (悲情城市)” as well as 5 other Chinese-language films.

Li played himself in Hou's 1993 film "The Puppetmaster (戲夢人生),” which took inspiration from Li's memoir written by Tseng Yu-wen (曾郁雯). The film intertwines Li's life with Taiwanese history from the period of Japanese rule to the end of World War II, revealing how Li survived through the turbulent changes in society as a puppeteer.

The traditional folk art form returned to the public spotlight once more after the release of "The Puppetmaster,” and Li was invited to stage puppet shows in the U.S., Europe, and Asia.

Since puppetry was Li's lifelong career and passion, his two sons established the Li Tian-lu Hand Puppet Museum (李天祿布袋戲文物館) to preserve their father's legacy in 1996 as a lasting dedication to the art and Taiwan's enduring puppet master.