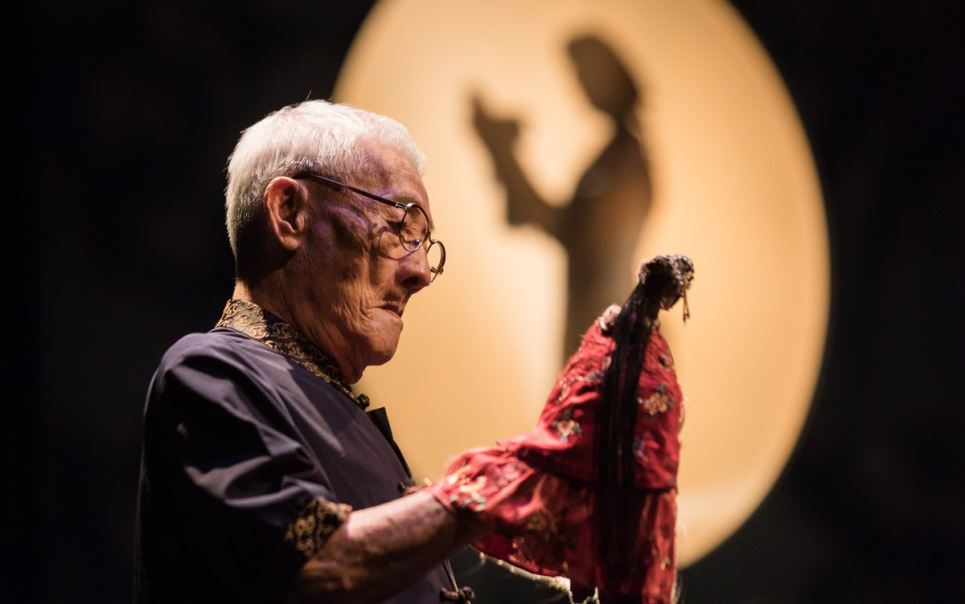 Chen Hsi-huang has spent many years dedicating himself to passing on the art of pò͘-tē-hì — otherwise known as Taiwanese glove puppetry. Not only is he an outstanding performer of the art, he is also a specialist in the production of puppet props, capable of making puppets both move and look almost like they are actually alive. In order to revitalize and carry forward the culture encapsulated by Taiwanese puppetry, Chen has dedicated his life to pushing it to new peaks.

Chen was born into a family of puppeteers. His father, Li Tien-lu, was head of the I Wan Jan Puppet Theatre. With Li having moved in with his wife's family, his eldest son took on his mother’s family name, Chen. After finishing elementary school, Chen joined his father's puppetry troupe, performing all over Taiwan and gradually developing a deep foundation in the art form.

His father held high hopes for Chen, which resulted in his often being scolded or hit by his father due to his frequent difficulties remembering his lines or grabbing the right puppet. Eventually, Chen could take no more and ran away to the south, joining the Hsin Hsing Ku Puppet Show Troupe of his father's good friend Chung Jen-hsiang. While there, he busied himself helping with making the clothing and headwear of the puppets. He found that the puppets in the south were much more elaborate than those in the north, and he began setting about studying, innovating, and improving on the weaknesses of those northern puppets.

Realizing that their audience was dwindling and traditional puppet theater was in decline, Chen and his younger brother established Yilixuan Crafts, dedicated to the production of puppets and props. They then began visiting elementary schools and the Puppetry Art Center of Taipei to teach, making them the first puppeteers to do so for traditional puppetry.

In 2008, to help pass on and popularize the art, the 78-year-old Chen founded the Chen Shih-huang Traditional Puppet Troupe, which began putting on performances wherever they could to introduce more people to traditional puppetry. As well as teaching performance skills, Chen has also taken to passing on the prop production skills he has sought to preserve. He remains concerned that the art of pò͘-tē-hì may still decline in the future, and so he is committed to personally teaching anyone who is willing to learn.

Chen has been witness to the rise and fall of traditional puppetry in Taiwan. Today, he is wholeheartedly committed to passing on the arts of performance and production, keeping nothing secret from his young apprentices. He hopes that younger audiences will still be able to find something to love in this ancient art, and that one day this distinctive tradition will again shine bright as it continues on through the ages.