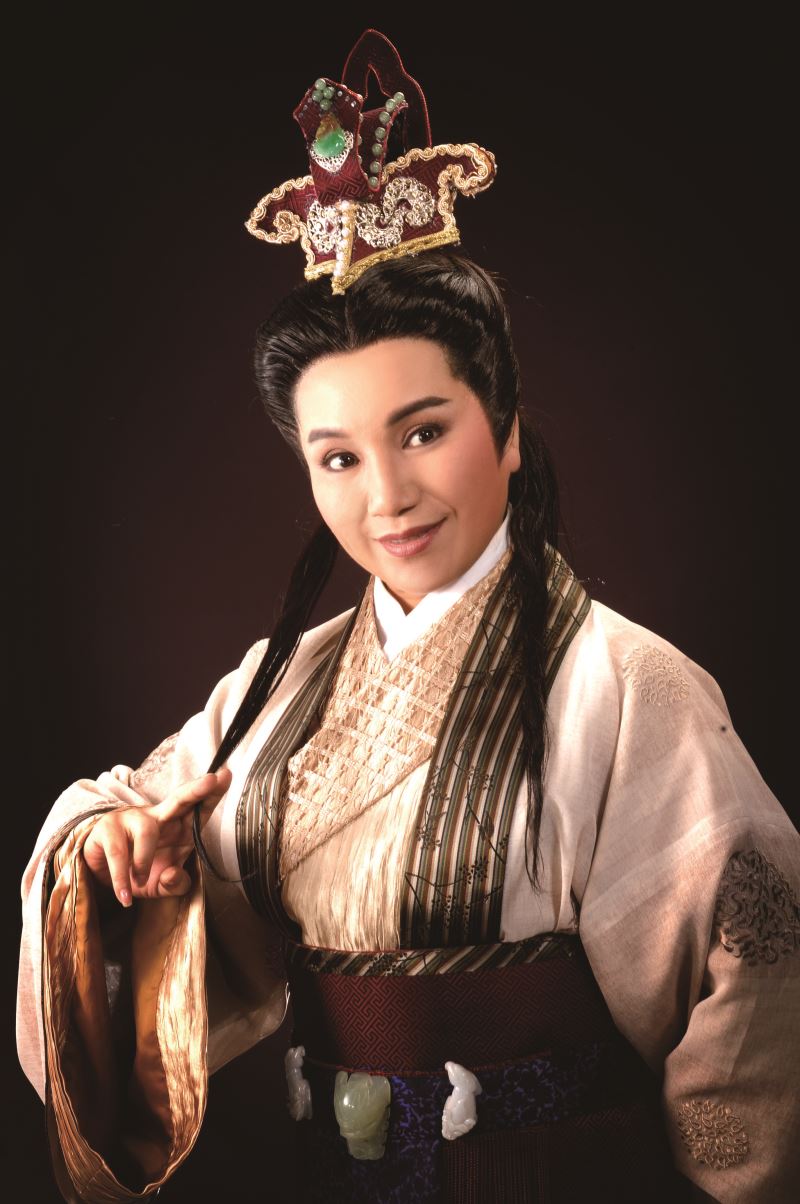 Tang Mei-yun was born into a Taiwanese opera family. A specialist in masculine sheng roles, she has become well known for both her skilled acting and distinctive singing voice, having trained not only in Taiwanese opera, but also in Peking opera. In 2019, she was awarded the National Cultural Award for her accomplishments.

Tang did not originally intend to get involved in Taiwanese opera, but limited by her childhood environment, she eventually began lending a hand with the family troupe. In the early years, she joined her mother's Xiuzhi Opera Troupe (秀枝歌劇團), primarily performing in outdoor settings. At around the same time, about 1980, she also began performing in televised Taiwanese opera.

In 1981, a Taiwanese opera troupe was assembled to perform in Southeast Asia, and as part of this troupe, she had the opportunity to perform under the direction of Manila-based Nanguan theater guru Lee Hsiang-shih (李祥石). After returning to Taiwan, she began studying the wenwusheng (scholar-warrior) role and Taiwanese opera singing styles, then later sought out a teacher to learn Peking opera.

In 1989, Tang had her first opportunity to perform at the National Theater as part of the National Taiwanese Opera Elite (全國歌仔戲精英聯演), and two years later, represented the YiShin Theater Troupe (一心歌劇團) at the Northern Taiwan District Theater Competition, winning the title of Best Xiaosheng. Later, she was taken on by the Holo Taiwanese Opera Troupe (河洛歌仔戲團) as their primary xiaosheng for young masculine roles, gradually cementing her presence in the theatrical world.

Tang has become especially well known for her distinctive Taiwanese opera singing flair, with a particular talent for the cha̍p-liām (雜念調) and to-bé (都馬調) styles. She became a full-time teacher of Taiwanese opera at the National Fu Hsing Dramatic Arts Academy (now the National Taiwan College of Performing Arts) in 1994, becoming head of the department in 1998.

That same year, she founded the Tang Mei-Yun Taiwanese Opera Company (唐美雲歌仔戲團), organizing major annual performances that experiment with a variety of performance styles. Tang has also helped expand the range of modern Taiwanese opera by integrating elements of Western symphonic music, creating a fusion of East and West that brings out the best of both cultures.

Cha̍p-liām: A style used for the telling of longer stories of events past, generally in a manner that is a combination of speech and song. In Taiwanese, cha̍p-liām means "to talk incessantly."

To-bé: A derivative of cha̍p-liām that originates from Quanzhou, Fujian Province. As it is generally accompanied by string instruments, to-bé is more mellifluous, and it tends to be employed to create an air of nostalgia.