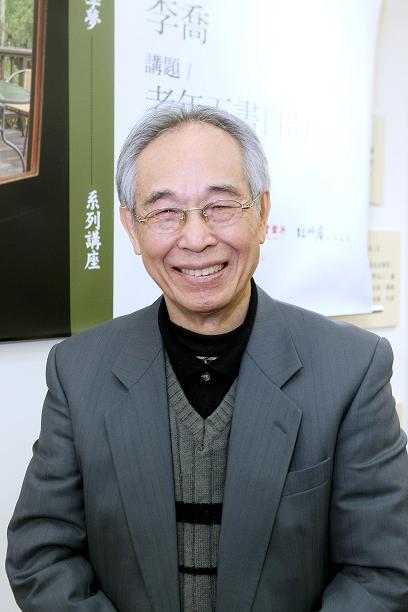 Li Qiao has become one of the most influential Taiwanese writers of his generation and a major figure in Hakka literature. His writings are known for their realistic depictions of human frailty, most often depicting the lives of the ordinary people and serving to amplify their voices.

Li's novels are characterized by their diversity, with him making use of a variety of techniques like stream of consciousness and internal monologues, both adopted from Western literature, to tell stories of the Taiwanese people's struggle and suffering during hardship.

He has also been a harsh critic of the alienation and twisting of the human spirit that commercial society has wrought, as well as writing politically charged novels depicting the ugly side of politicians. Later in his career, he began to turn more to long-form works characterized by a strong sense of realism.

Since October 1997, Li has promoted Hakka culture as host of Da'ai Television's program "Hakka Weekly (客家週刊)." In 2000, he hosted the Public Television Service's "Stopping by for Literature (文學過家)," and for three years he hosted shows on Hakka Television, further promoting Taiwan's Hakka literature.

Whether in the form of novels, essays, or cultural discourse, Li's works present the most authentic face of Taiwan and have made him a significant figure in the Taiwanese literary scene. His main works include 1963's "Bitter Water Pit (苦水坑)," 1980's "Cold Night (寒夜三部曲)" trilogy, 1985's "The Spring of Lan Caixia (藍彩霞的春天)," and 1993's "The Molding of Taiwanese Literature (台灣文學造型)."

The eponymous first part of the "Cold Night" trilogy was also the first piece of Hakka literature to be adapted for television, airing on the Public Television Service in March 2002. "The Spring of Lan Caixia," meanwhile, was published in both Japanese ("Ran Tsaisha no Haru") and Spanish ("La Primavera de Lan Caixia") editions in 2018.

The "Cold Night" trilogy is considered Li's most important work, a story set against the backdrop of Japanese rule, and World War II that spans three generations of a family. The trilogy — made up of "Cold Night (寒夜)," "The Deserted Village (荒村)," and "Lone Light (孤燈)" — particularly showcases the greatness of maternal love, the dignity and suffering of the people, and attachment to this land.

For his depictions of the universality and uniqueness of the human experience, historical focus, and use of ethnicity and life experience as the foundation of his writings, Li was honored by the National Culture and Arts Foundation with a literature award at the 10th National Awards of Art in 2006.

Li has said that artistic creation is the goal and purpose of his existence, and that he hopes that his writings will be of some benefit to the people, society, and the nation. His persistence and admirable spirit saw him become a recipient of the 38th National Cultural Award in 2019.