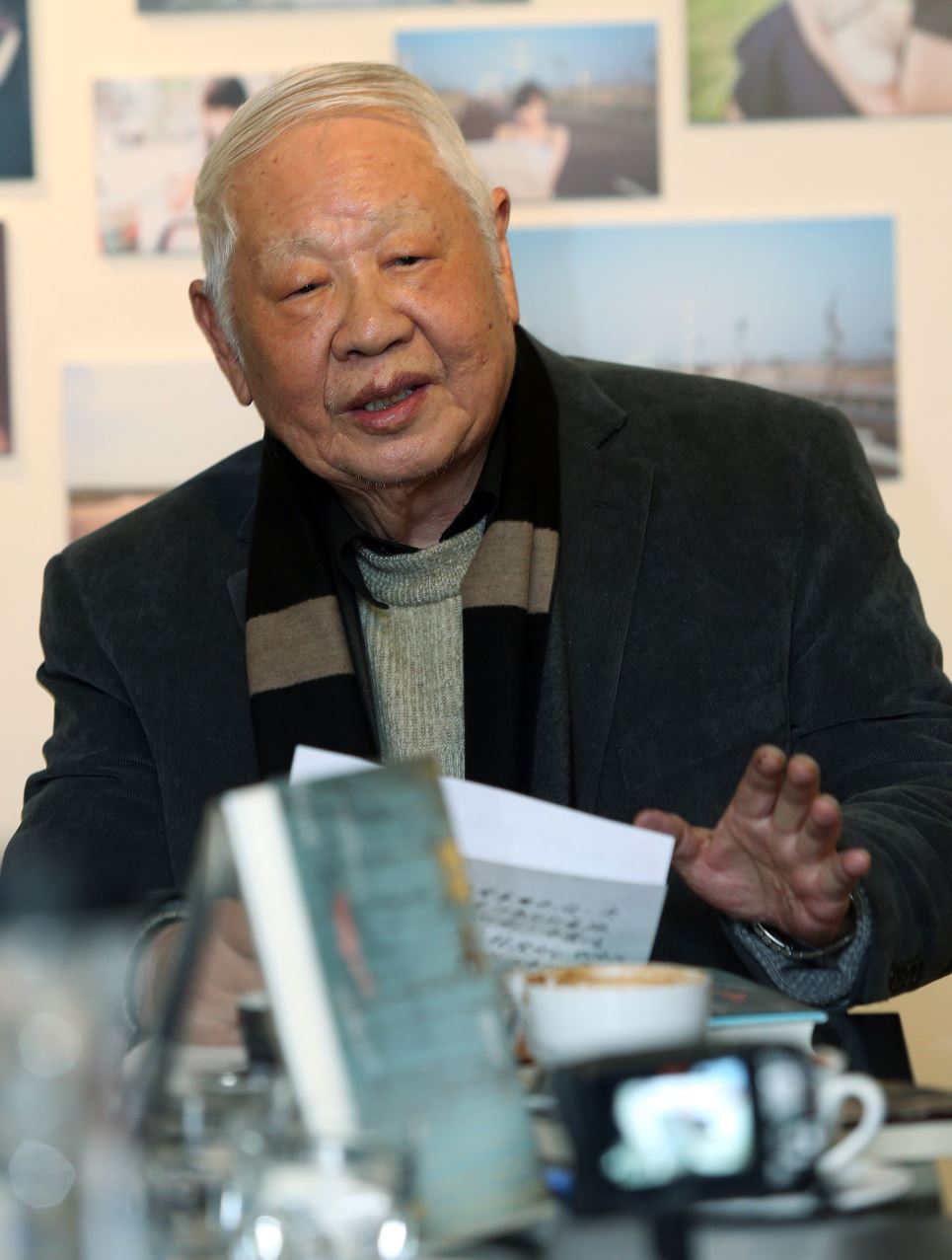 Name: 莫洛夫
Born: 1928
Place of Birth: Hengyang, Hunan
Did You Know That...?
Luo Fu published poems since he was 18, ceaselessly creating, experimenting, and reinventing the form of modern poetry. His masterpieces are too numerous to list. In his later years, his poems began to evolve from "magical" to "Zen," showing a more concentrated control over complexity. Through his poems, he was able to bring together Western ideas of surrealism with Eastern Zen thought, opening up a whole new realm.

Luo Fu was born in Hengyang, Hunan, in 1928. When he was in junior high school, he began to read a great deal of Russian literature, and it was at this time he was inspired to change his name from his birth name, Mo Yun-tuan, to the more "Russian-sounding" Mo Luo-fu. In 1948 he tested into the Foreign Language Department at Hunan University, but the following year when the military arrived in Hunan recruiting young men, he left school to join the armed forces in their decampment to Taiwan.

In 1951, he was admitted to the Political Warfare Cadres Academy, and graduated two years later. He was then assigned to the Marine Corps in Zuoying. In 1954, together with Ya Xian (瘂弦) and Zhang Mo (張默), they founded the Epoch Poetry Society (創世紀詩社), the magazine of which formed part of the holy trinity of Taiwanese poetry alongside Blue Star Weekly (藍星) and Modern Poetry (現代詩). Thus was the foundation of a career in modern poetry that spanned some six decades long, along with the start of a legend in the world of Chinese-language modern poetry.

After this, he was transferred by the military to Kinmen. In the latter part of the Vietnam War, he was ordered to join the military advisory group in Vietnam as their English secretary. During the years in Vietnam, he published his works "Saigon Poems (西貢詩鈔)."

After returning to Taiwan, he enrolled in the English Department of Tamkang College of Arts and Sciences. He graduated in 1973 and retired as a lieutenant colonel in August of the same year. After retiring from the military, he became a teacher, serving as an associate professor in the Department of Foreign Languages at Soochow University. In 1996, he moved to Vancouver, Canada, to focus on writing. In 2011, he was selected as one of the top ten contemporary Taiwanese poets. In the summer of 2016, he returned to Taiwan, and the following year, he was awarded an honorary doctorate in literature by National Chung Hsing University. On March 19, 2018, Luo Fu passed away from illness at the age of 89.

The bulk of Luo Fu's works were in poetry, followed by essays, commentaries, and translation. His early poems were inspired by existentialism and surrealism, making use of complex and powerful imagery with bright, variable rhythms and strange, cold language. Later, his style metamorphosed; as poet Yu Kwang-chung (余光中) noted, "Luo Fu's later works are significantly different from his earlier ones. The language gradually relaxes, resulting in greater flexibility and an intriguing flavor. However, at the same time, they retain the illusory surprise that his surrealist methods create." His works were woven around themes of the feelings of everyday life, showing a love for the world and all things in it, with a particular focus on reflecting on human life. The style melds personal passion, historical awareness, and the spirit of the times into one, while through cold, odd imagery, he expresses a particular cultural spirit and a deep concern for the real.

The judges for the National Awards of Art (國家文藝獎) remarked that "his use of language is both light and profound, feeling naturally assembled, a true showcase for Tang poetry and crystal-clear beauty." The Wu San-lien Literary Awards (吳三連文藝獎), meanwhile, commented that "his art accomplished a coexistence of fiction and reality, a state of both dynamism and staticness, referring directly to the essence of all things and investigating the meaning of life."

Luo Fu remains one of the most talked-about figures in modern poetry and the one with the most books and academic papers dedicated to exploring his work, including his formal philosophy, aesthetics, beliefs, attitude toward life, imagery, linguistic evolution, melding of East and West, and dialectic between modernity and tradition. He has not only been called the "magical poet," but also held up as a reflection of the growth of modern Taiwanese poetry in microcosm.

Luo Fu continued creating even as he approached 90, publishing the collection "The Snake of Yesterday (昨日之蛇)" in March 2018. He passed away that same month at the age of 89. At the launch of "The Snake of Yesterday," his wife Chen Chiung-fang (陳瓊芳) revealed that another collection, "Love Poems (情詩集)," was almost complete, joking that she would "push him to get it done soon." The collection was ultimately published posthumously.