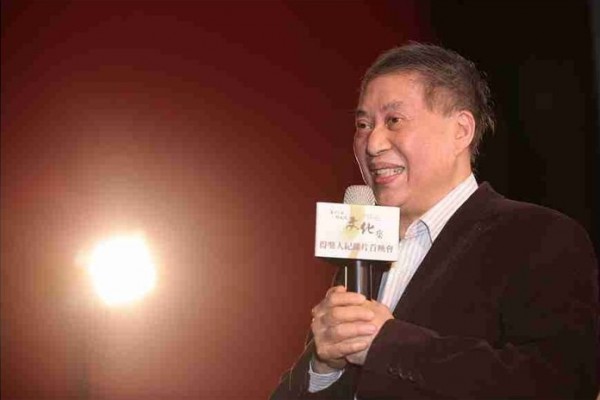 The 33rd National Cultural Award-winning author is a novelist, essayist, critic, and playwright. He is widely seen as one of the most intuitive and lyrical writers in contemporary Chinese literature, and a major proponent behind the recent revival of Kun Opera (崑曲), an ancient performance art that combines arias and theater plays.

As the son of renowned Kuomintang general Pai Chung-hsi (白崇禧), Pai Hsien-yung and his family relocated to Taiwan in 1949 during one of the most turbulent times in modern Asian history. Afflicted by tuberculosis as a child, Pai spent most of his time in isolation, becoming very close to his family. The death of Pai's mother in 1962 shattered him and prompted him to write "Death In Chicago (芝加哥之死).”

After retiring from his post as Chinese literature professor at the University of California, Santa Barbara in 1994, Pai has been working on promoting Kun Opera, an ancient art form from six hundred years ago that has piqued his interest since youth.

He has since remastered the classic "The Peony Pavilion (牡丹亭),” which he saw performed by the iconic Peking opera artist Mei Lanfang (梅蘭芳) in his childhood, creating a new version with a modernist touch. The new adaptation was a huge success.

In 2012, Pai released a photo biography of his father - "My Father and the Republic (父親與民國：白崇禧將軍身影集).” Pai spent 12 years gathering historical documents to complete the story of his general father, whose fate was inseparable from that of the Republic of China.

Historian Diana Lary has called Pai's homage to that era "a harbinger that a serious reconsideration of China's history of revolution can be discussed in public” and "a transcendence of political barriers.”

Now rapidly approaching his eighth decade, Pai has yet to cease creating, even if his achievements have already secured his legacy asthe real "torch-bearer of modern literature” of Taiwan.