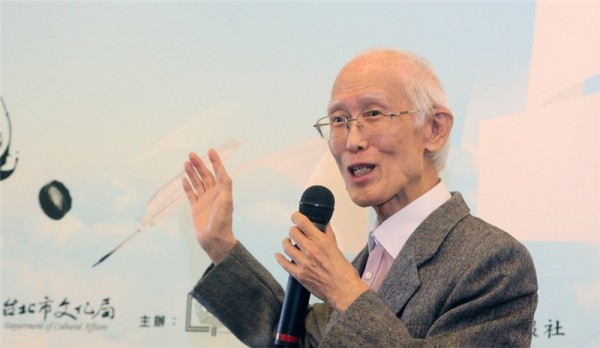 As a poet, author, and translator, Yu Kwang-chung is one of the most prolific writers in Taiwan whose publications cover poetry, prose, essays, and translations. His lifelong dedication to Taiwan's literary world has won him numerous literary prizes, including the National Award for Arts and the Wu San-lian Literary Award for prose.

After graduating from the National Taiwan University in 1952, Yu attended the Iowa State University and obtained a M.A. in Fine Arts. Yu's renowned mentor Liang Shih-chiu (梁實秋) once praised him for being able to "write poetry with his right hand while writing prose with his left; Yu's achievements are peerless among his peers.”

To develop poetry in Taiwan, Yu founded the Blue Star Poetry Society (藍星詩社) alongside Chung Ting-wen (鐘鼎文), Tan Tzu-hao (覃子豪), and Hsia Ching (夏菁) in 1954. They emphasized localcolors and natural elements, incorporating the landscape and culture of Taiwan into poetry to reflect their attitude towards life. The society plays an important role in the development of Taiwanese poetry.

Many of Yu's works are inspired by Taiwan's local surroundings. In 1985, Yu relocated from Taipei to Kaohsiung and has been teaching at the National Sun Yat-sen University since. The university located on Sizihwan (西子灣) is surrounded by mountains and faces the Taiwan Strait. The city, harbor, and the sea provide Yu with source materials for writing, and his poems allow readers to see the changing scenery of a prosperous city as well as the conversation between poet and nature.

In a 2015 interview, Yu noted that there are still many works he would like to translate into Chinese: "Translating a good piece is like being a spokesman for a virtuoso, and you could spend a long time with this beautiful soul.” Now in his late 80s, Yu is still active in the literary world and renowned for his endeavors in creating and feeding the influential power of literature.