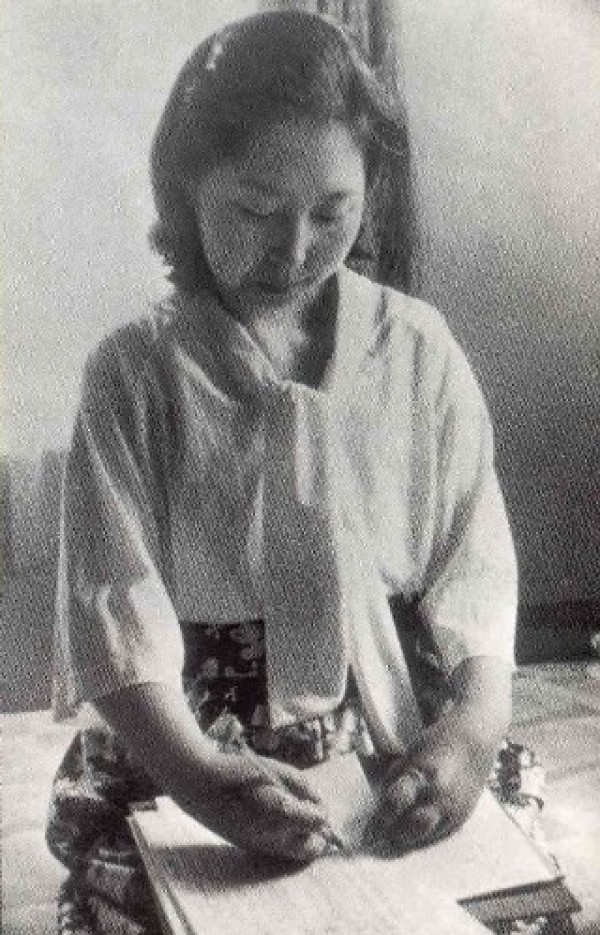 Liu Hsia was a writer and advocate for the underprivileged who lived with pain from rheumatoid arthritis her whole life, yet published many inspirational works under the pen name Hsinglintzu (杏林子). As an idol of society, Liu was selected one of the 8th Ten Outstanding Women of the Year, and honored with the Wu San-lien Award for social service.

Liu began to show symptoms of rheumatoid arthritis at the age of 12, four years after relocating to Taiwan with her family in 1949. The chronic inflammation of her joints and other parts of the body soon forced Liu to withdraw from school.

Liu entered a long period of depression until she found spiritual healing and comfort through Christianity at sixteen. Having changed her attitude toward life, Liu started writing and the newspaper publication of her works soon encouraged her to continue trying different types of writing, including novels and screenplays for TV drama and theater.

The prolific author released 45 prose collections, including the most celebrated "The Song of Life,” "The Ballad of Life (生命頌),” and "Notes by Hsinglin (杏林小記),” which consist of Liu's epiphanies and celebrations about life and nature. In 1983, she won the National Award for Arts with the book "Another Kind of Love (另一種愛情)” that revealed her journey of finding the optimistic side of life.

In addition to writing, Liu founded the Eden Social Welfare Foundation in 1982 to support and help the underprivileged and the disabled communities. Now into its third decade, Eden continues to provide for the disabled, elderly, and children with developmental delays.

As the first Taiwan foundation to have lobbied for equal access in schools, Eden has since expanded in scale and now offers a wider range of services. Today, the foundation has more than 2,800 members and several overseas offices based in Malaysia and Vietnam to help more people by replicating the Taiwan experience.

Throughout her life, Liu had shown perseverance and persistence despite of all the difficulties caused by rheumatoid arthritis. Her works that expressed her love for life and family, and her care for the underprivileged, continue to inspire and enrich readers around the world.