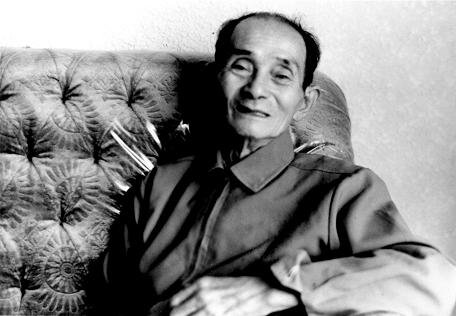 As a writer and social activist, Yang once said: "The reason I chose the path of literature is to write down the historical truth in the form of novels.” Two years before his death, Yang received the Wu San-lien Literature Prize for lifelong contribution in recognition of his role in Taiwan's society and literary world.

When Yang was studying in Japan, he came across a book called "Note of Taiwanese Bandits (台灣匪誌),” in which the misleading history about Taiwan influenced Yang's view on imperialism. World literature, including those by Tolstoy, Dostoyevsky, and Dickens depicting poor social conditions and humanity's ills, also shaped Yang's social criticism and his creation of proletarian literature.

Yang started to engage in social movements while studying at Nihon University in Japan in 1925. After finishing his studies in 1927, Yang returned to Taiwan and became an activist in local social movements. He was jailed for 10 times by the Japanese authorities for his involvement in those movements.

After Yang won the 2nd prize for Literature Review in Tokyo with his novella "The Newspaper Man (送報伕)” written in Japanese in 1934, he started to serve as a Japanese editor of "Taiwan Literary (台灣文藝).” In the following year, Yang founded "New Taiwanese Literature (台灣新文學)” with his wife, and worked with prominent writers such as Lai Ho (賴和) to provide a platform for Taiwanese writers to publish their literary works.

Growing up on Japan-occupied Taiwan, Yang published stories and essays to reflect his ideas toward socialism and imperialism. He illustrated the suppressed life and fate of Taiwan under Japanese rule as well as his belief in democracy and freedom through such works as "The Indomitable Rose (壓不扁的玫瑰),” in which he wrote "You can crush a rose, but you cannot prolong the coming of spring,” foreshadowing that authoritarianism could never stop the coming of democracy.

Yang never stopped participating in social movements throughout his whole life. He was imprisoned for 3 months, and later for 12 years,respectively because of his involvement against political oppression in the February 28 Incident of 1947 and the White Terror era (1949 - 1987). Being a humane socialist, Yang practiced his philosophy, which he once expressed as: "it is necessary to understand the history, lives, customs, and sentiments of Taiwan, and to stand by all the Taiwanese people.”