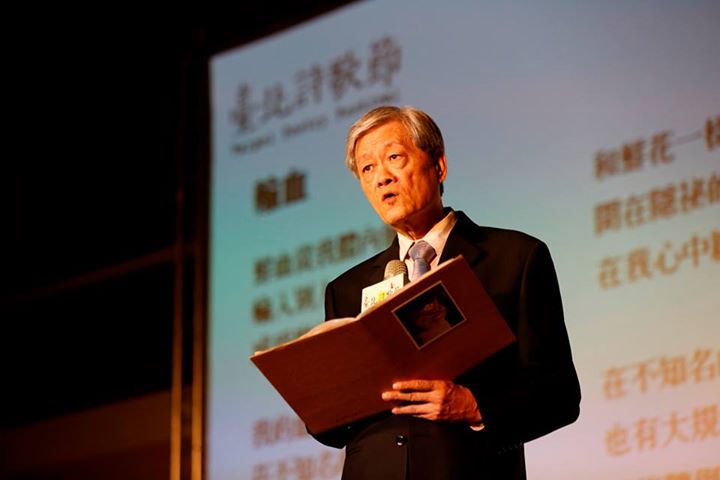 Li Kuei-hsien is a Taiwanese author and poet. He began writing poems in 1953 after graduating from the Taipei Institute of Technology, and is best known for writing extended verses in the Taiwanese Hokkien dialect.

Li is considered an influential figure in the Taiwanese Nativist literature movement, an undertaking embraced by a select group of authors, poets, dramatists, musicians, and publishers in Taiwan to establish a body of literature that is distinctly Taiwanese in character. Works created by members of the movement were frequently banned by the government in the 1970s and 1980s; the movement is also closely associated with the emergence of democracy on Taiwan in the 1990s.

Authors associated with the movement believed that the history, traditions, and native languages of Taiwan were being suppressed by local policies—especially the educational system. Hence these authors sought to cultivate a separate and distinct Taiwanese cultural identity in contrast to the extant ideology of the ruling party.

Li sought to promote the Taiwanese Hokkien language as a serious tool for literary expression; his work has been published as multi-volume sets of collected poems, and has played a major role in fostering public appreciation and recognition of the Taiwanese Nativist literature movement.

Li has served as the Chair of Taiwan's National Culture and Arts Foundation, and is a member of the International Academy of Poets in England. He founded the Taiwanese branch of Poets, Essayists and Novelists (P.E.N.) in 1987, and has served as the organization's president.

He won the Distinguished Asian Poet award from South Korea in 1994, the Rong-hou Taiwanese Poet Prize in1997, the Poets International Prize from India in 2000, Taiwan's Lai Ho Literature Prize and National Cultural Award in 2001, the Michael Madhusadan Poet Award in 2002, the Wu San-lien Prize in Literature in 2004, and the Poet Medal of the Mongolian Cultural Foundation in 2005.

Li was instrumental in the development of the Taiwanese Nativist literature movement, which continues to inspire the production of works that employ the Hokkien dialect, as well as Hakka and various Taiwanese aboriginal languages. As a direct result of the work conducted byLiand his colleagues from the movement, Taiwanese literature has gained popular recognition as a symbol of Taiwanese consciousness, and has also become a major field of study at universities in Taiwan.