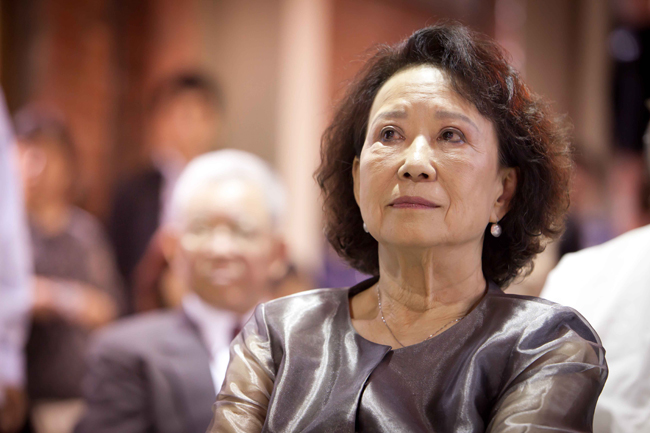 Multi-talented essayist, translator, and scholar Lin Wen-yueh has spent her entire life teaching, researching, editing, and translating Western and Japanese classic texts. Her contribution to a wide range of literature genres won her a National Cultural Award in 2011.

Lin was exposed to different cultures at a very young age. She was born in Shanghai in 1933 and received a Japanese education up until she returned to Taiwan with her family at the age of 13. After receiving her degree in Chinese literature from the National Taiwan University, Lin became a faculty member until her retirement in 1993.

Lin established herself as a reputable author by writing about the "wonderful things in daily life,” such as traveling, teaching, cooking and her personal memories. She also spent six years translating from Japanese to Chinese the world's first novel, "The Tale of Genji,” a classic work written in the early 11st century by Lady Murasaki.

Lin's "The Tale of Genji” was the first published Chinese version, and the sole edition done by a woman. Her patience in elucidating the original context is highly recognized. Anyone who reads her work would not likely be lost in translation.

The eminent writer Pai Hsien-yung (白先勇) once described Lin as one "who writes sprightly with a crystal clearness … She carefully camouflages all her emotions under the mellowness of her words; her narrative radiates warmth and intelligence.”

Indeed, Lin's gentle personality is mirrored in her works, and this is why she is commended by so many. Characterized by a slight pensiveness, her elegant wordings have the ability to move readers across generations.