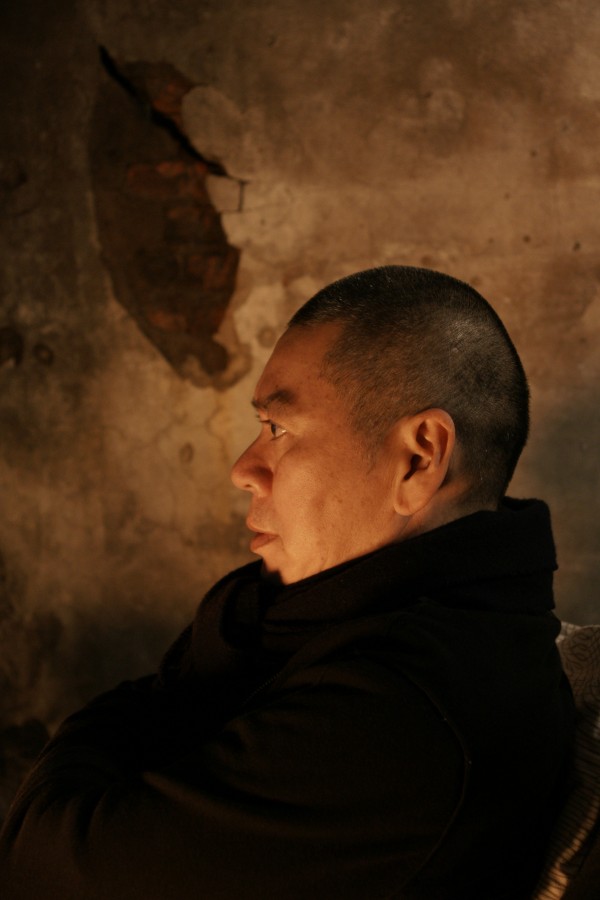 Tsai Ming-liang is a Taiwan-based Malaysian filmmaker who has represented Taiwan on the world stage with his distinctive film aesthetics. As a master in the realm of slow cinema, Tsai has won numerous accolades, including the Golden Lion and the Fipresci Prize, at international film festivals. His artistic achievements have been recognized by the 36th National Cultural Award.

Born in Malaysia, Tsai moved to Taiwan in 1977 to pursue his dream in theater. While studying drama and cinema at the Chinese Culture University, Tsai started writing scripts for theater and directed three films that portrayed the solitude of urban life in modern society.

Before becoming a professional filmmaker, Tsai worked as a theatrical producer and television director. It was in 1993 when Tsai wrote and directed his first feature "Rebels of the Neon God (青少年哪吒),” a film depicting two restless teens wandering around Taipei and their feelings of alienation.

Then came "Vive l'Amour (愛情萬歲)” and "River (河流),” which both depict people's longing for love and the very core of human passion and existence. The iconic films demonstrated Tsai's capacity for examining human souls and urban life, and established his unique style of stillness and silence in cinema.

After the release of several award-winning films - including "Hole (洞),” "What Time Is It There? (你那邊幾點),” and "Goodbye, Dragon Inn (不散)” - Tsai brought films into museums by producing a video installation for the Taipei Fine Arts Museum in 2007. It became the first cinematic work to be collected by a museum in Taiwan.

In 2006, Tsai was selected by The Louvre to make a film based on the museum's art collections. Taking inspiration from "St. John the Baptist” by Leonardo da Vinci and the story of Salome, the film titled "Visage (臉)” became the first film to ever enter The Louvre collection.

Noting that "Stray Dogs” has become his best and most satisfying work, Tsai muses that it might be his last feature film as he plans to focus on more artistic films in the future.