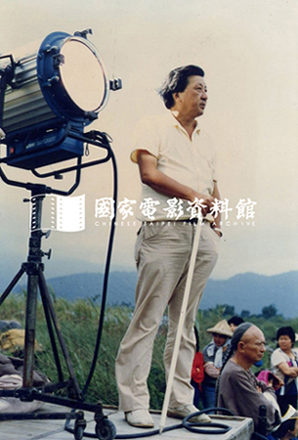 Dubbed the "Father of Taiwanese Cinema,” Li Hsing (李行) has made 52 films between 1959 and 1986. Seven of his works won the prominent Golden Horse Award for Best Feature Film, and he was named Golden Horse Best Director thrice for "Beautiful Duckling (養鴨人家),” "The Execution in Autumn (秋決),” and "He Never Gives Up (汪洋中的一條船).” He then received the Golden Horse Lifetime Achievement Award in 1995.

Born in Shanghai in 1930, Li became interested in theater after watching a stage play in high school, which led him to study drama in college until he relocated to Taiwan in 1949. In the following year, Li aspired to become an actor and participated in several Taiwanese-language films and theater plays. His first filmmaking experience was in 1957, serving as an assistant director.

Li's debut film - "Brother Liu and Brother Wang on the Roads in Taiwan (王哥柳哥遊台灣)” - was a comedy released in 1958. The film generated renewed interest in Taiwanese-language comedies in Taiwan. It was not until 1963 did Li finally direct his first Mandarin film, "Our Neighbors (街頭巷尾),” which kick-started a new phase in his career.

Entrusted by the state-sponsored Central Pictures Corporation, Li made "Oyster Girl (蚵女)” and "Beautiful Duckling,” two cinematic examples of "wholesome realism” that highlighted the bright side and positive attitude in the lives of working-class people in Taiwan.

After a short period of making melodramas adapted from Taiwanese novelist Chiung Yao's (瓊瑤) works, Li returned to realism again in 1978 and reached the pinnacle of his career by winning the Golden Horse Award for Best Featured Film consecutively with "He Never Gives Up,” "The Story of A Small Town (小城故事),” and "Good Morning, Taipei (早安台北).”

In 1990, Li began to act as a spearhead for closer communication and collaboration between the cinema industries of Taiwan and mainland China. He helped introduce films across the Taiwan Strait, promote the uncensored environment of Taiwan's audiovisual industry, and enhanced bilateral cultural exchange. Though Li himself has stepped down from his role as a filmmaker, he remains a lifetime contributor to the industry that gave him recognition and joy.