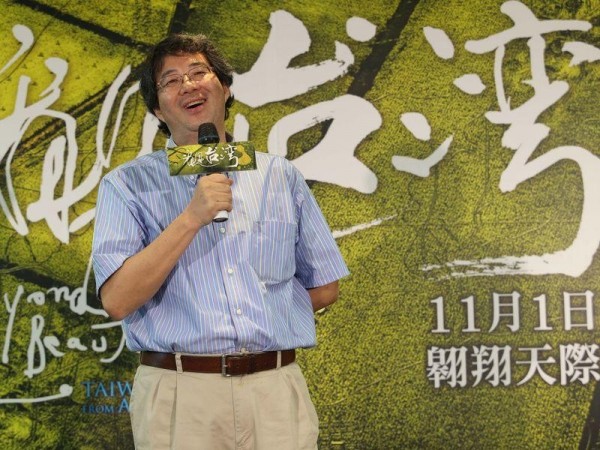 Chi Po-lin was a director, cinematographer, and environmentalist advocating for environment conservation through aerial images and films. His 2013 documentary feature "Beyond Beauty: Taiwan From Above (看見台灣)” had raised awareness of the beauty of Taiwan as well as the negative impact of economic growth. The film was named Best Documentary at the 50th Golden Horse Awards.

Before establishing himself as a cinematographer, Chi was working as a civil servant for Taiwan Area National Expressway Engineering Bureau since 1990. In 1991, his passion for photography became an opportunity to be responsible for recording highway construction work through aerial photography, and he began taking photos of Taiwanese landscapes for more than two decades.

In 2008, Chi started developing the idea of making a film through aerial shooting. Witnessing the severe damages caused by Typhoon Morakot that hit Taiwan in 2009 made him even more determined to quit his job and make a film calling for environmental protection.

To achieve this goal, Chi mortgaged his house to purchase filming equipment for about NT$30 million, established the Above Taiwan Cinema (台灣阿布電影公司), and set off to make Taiwan's first aerial filming documentary project a reality.

The "Beyond Beauty” crew spent four years and 400 hours in the air documenting mountains, oceans, lakes, rivers, forests, rice fields, fish farms, and cities across Taiwan from an aerial vantage. The 93-minute-long documentary shows the sheer beauty of nature as well as the damage caused by urban and industrial development.

Chi's genuine documentary was a hit in the cinemas and became the highest-grossing documentary in Taiwan's box-office history. It not only drew people's attention to their homeland but uncovered illegal constructions such as those by Qingjing Farm in Nantou and numerous factory emissions of polluted water and toxins.

Embracing aerial documentation of Taiwan as his lifelong mission, Chi announced his plans for making a sequel in 2017, noting that the second documentary would not only be filmed from the air but take audiences over vast oceans to witness the depth of marine pollution as well.

He also expressed his hope in broadening the perspective of Taiwanese viewers by expanding the scope of the project and potentially filming the natural landscapes of China, Japan, Malaysia, and even New Zealand in the future.

Though the project has been suspended following Chi's sudden death in a helicopter crash in Hualien a few days after announcing the sequel, Chi's legacy and love for this land have inspired others to join his efforts in protecting the environment of Taiwan.