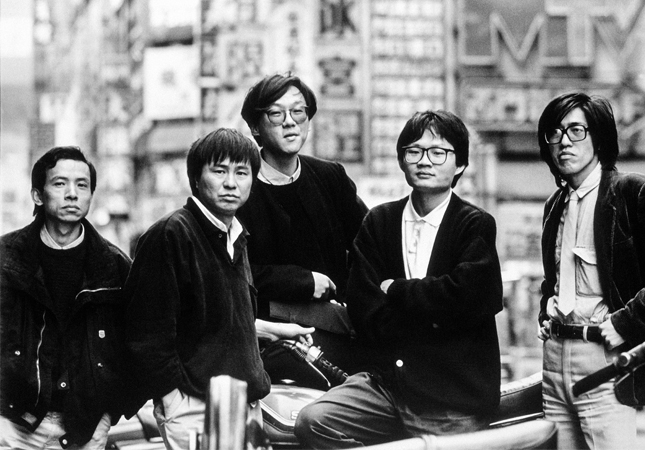 "Taipei Story (青梅竹馬)," Yang’s second feature made in 1985, starred director Hou Hsiao-hsien (侯孝賢), who volunteered to serve as the script supervisor and mortgaged his house as financial assistance for making this film. The film won the FIPRESCRI Prize at the 1985 Locarno International Festival.

As a leading figure in the Taiwanese New Wave Cinema movement in the 1980s, Edward Yang was a filmmaker who illustrated the life of the middle class in a rapidly changing Taiwanese society through beautiful long shots. His 2000 feature "Yi Yi (一一)," which explores the urban life in Taipei, made him the first Taiwanese director to earn the Best Director Award at the Cannes Film Festival.

Resettling with his family from Shanghai to Taipei in 1949, Yang grew up watching Hollywood and Hong Kong films. His high school life amidst society ruled under martial law (1949-1987) all became his source materials for his 1991 drama "A Brighter Summer Day (牯嶺街少年殺人事件)."

In 1974, Yang went to the U.S. to study electrical engineering at the University of Florida. After finishing his studies, he worked as a computer engineer in Seattle. During his seven years there, Yang was inspired to become a filmmaker after watching Werner Herzog's "Aguirre, Wrath of God," which made him realize that making a great film does not necessarily have to rely on a big budget.

Upon returning to Taiwan in 1981, Yang wrote the screenplay for "The Winter of 1905 (1905年的冬天)." He was hired by the Central Motion Pictures as a director the next year, and directed a vignette titled "Desire (期待)" for a now-classic anthology film called "Flowers of Taipei (光陰的故事)" in collaboration with other directors.

Along with fellow auteur Hou Hsiao-hsien's "The Sandwich Man (兒子的大玩偶)," the new approach Yang applied to that film introduced fresh perspectives to Taiwan cinema. In 1983, Yang made his feature debut with "That Day, on the Beach (海灘的一天)." The film, which explores the impact of social transition on women and modernization on Taiwanese people's lives, is considered one of the most important films of the Taiwanese New Wave Cinema movement.

In 1989, Yang established his own film studio, and made a couple of films including "A Brighter Summer Day," "A Confucian Confusion (獨立時代)," "Mahjong (麻將)," and "Yi Yi," all of which were recognized by domestic or international awards. "Yi Yi" was also listed as one of the 25 Best Films of the 21st Century by The New York Times.

Yang continued to work on film projects after being diagnosed with cancer shortly after being named best director by Cannes. Although he died at the age of 59, Yang left a legacy that redefined the very aesthetics and style of Taiwan cinema.