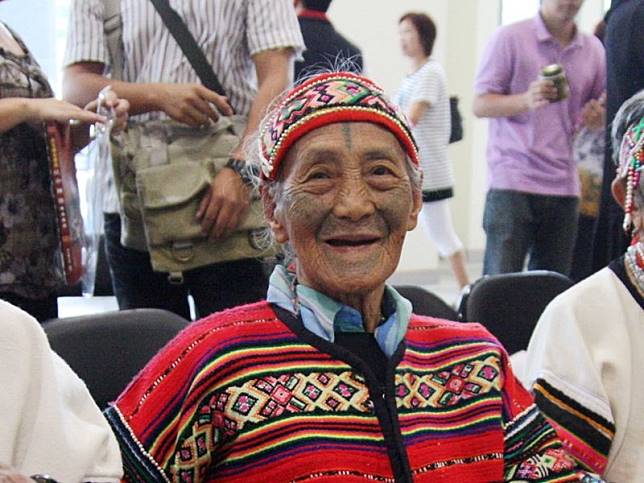 Lawa Piheg was the last person in Taiwan who had the full-faced tattoo that represents the traditional culture of the indigenous Atayal ethnic group, for whom face tattooing is an important custom that symbolizes the rite of passage. In 2016, Lawa was registered by the Bureau of Cultural Heritage as a preserver of Taiwan's intangible cultural heritage.

Facial tattooing is a significant custom for the Atayal society and its members. The markings embody their core values and cultural philosophy. They believe that the spirits of their ancestors can identify them with such facial tattoos, and guide the deceased to cross the rainbow bridge upon death.

For men, they can only earn their tattoos after proving their worth through hunting upon entering adulthood. For women, only those who prove their skills at weaving can be tattooed. Facial tattoos also symbolize a woman's adulthood and chastity, and thus women without tattoos are not allowed to marry.

When Lawa was eight, her grandfather, who was the head of B'anux tribe, insisted on carrying on the tradition of facial tattoos on her cheek and forehead despite the fact that the practice was banned under Japanese rule. As Japanese authorities confiscated all the tattooing tools later on, Lawa did not get inked for another two times per custom to make the pigment darker and prettier.

According to Lawa's oral history, her tattoos on the forehead and cheeks were inked at the same time by tattoo artist Yayut·Ciwas. During the process, her parents held her limbs while others spread prickly ash on her neck to prevent her from moving. It took a full month to heal.

Though the tattooing process was painful due to the lack of medical treatment at that time, the experience represents a sense of identity and a high endurance for pain and bravery, commemorating the tattooed individual's strength to face whatever comes his or her way in life.

Following the prohibition under Japanese rule and Taiwan's modernization, the tradition of face tattooing has no longer been practiced and gradually dwindled. To preserve the Atayal’s facial tattooing culture, the government, tribe members, and scholars have invested more resources in documenting the Atayal culture in recent years.

One such project is "The Marks of Honor – Atayal Facial Tattoos (榮耀的印記─泰雅文面)," a documentary produced by the International Culture and Tourism Bureau of Miaoli County. The 22-minute documentary is based on oral history provided by Lawa and Iwan Kaynu (簡玉英), the sole other Atayal tribe member with facial tattoos who passed away in 2018.