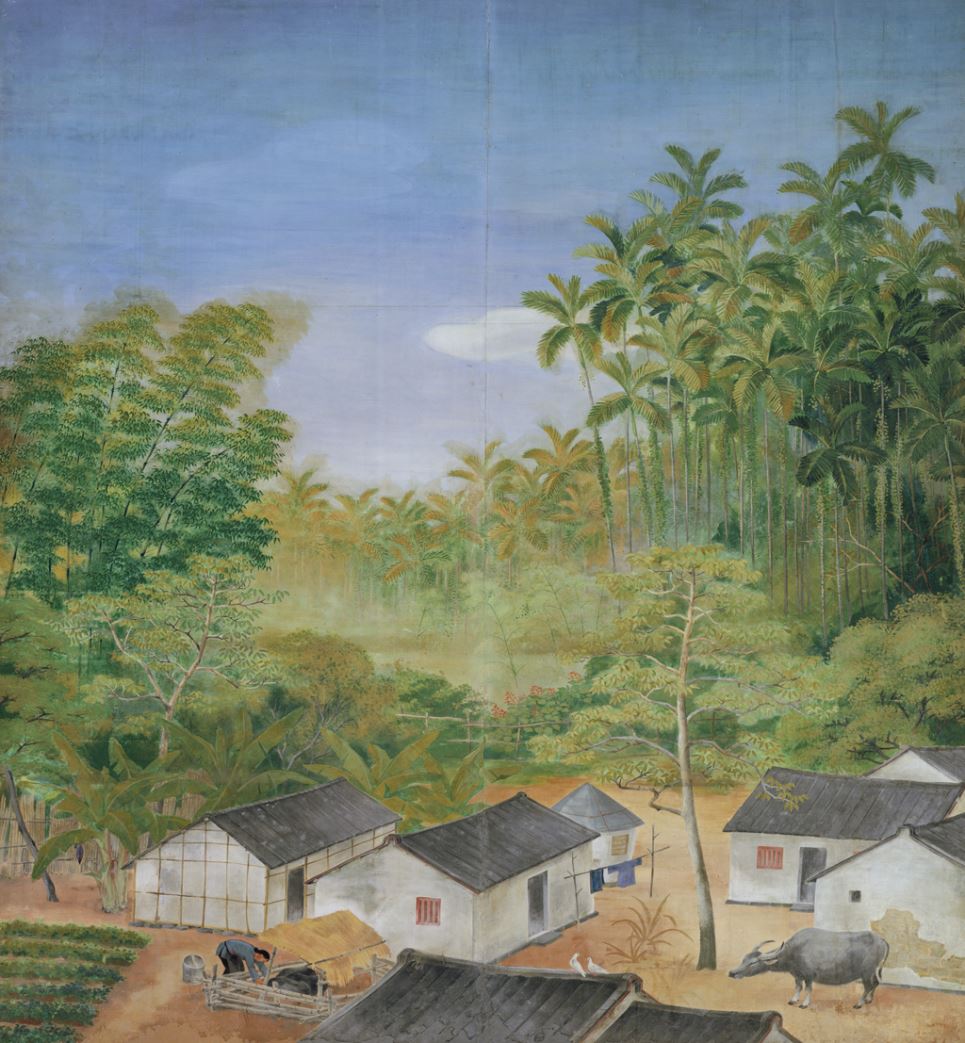 Widely recognized as a figure too prominent to overlook when discussing the trajectory of Taiwan's fine arts, Lin Yu-shan, son of a framing shop's owner, created paintings that bear witness to several stages of Taiwan's historical and cultural transformation. Through a variety of painting styles of his time to distinct techniques he later created, the Chiayi native's creations not only reflect his own artistic achievements, but also provide a mirror to Taiwan's colonial past and postwar period.

Originally named Lin Ying-gui (林英貴), the artist began his painting life at the age of nine. At that time Lin would watch with deep interest as Tsai Chen-hsiang (蔡禎祥), an artist hired by Lin's family, painted popular Daoist deities. Moved by how Lin was fond of drawing from such young age, Tsai showed the nine-year-old his own sketching techniques and how to mix available materials into pigments for painting.

At the age of 15, Lin received lessons in literati drawing, a genre that blends poetry, calligraphy, and painting. To further his education in pursuit of a painting career, Lin embarked on an artistic journey in Japan and received trainings pertaining to techniques and principles of Chinese and Japanese paintings in Tokyo and subsequently Kyoto.

The pioneering painter made a grand debut in Taiwan's art circles in 1927 with two works — "Southern Gateway (大南門)" and "Buffalos (水牛)" — that were selected by the first edition of the government-sponsored "Taiwan Fine Arts Exhibition (臺灣美術展覽會)." Lin, along with two young Taiwanese artists called Chen Chin (陳進) and Kuo Hsueh-hu (郭雪湖), made their names that year.

Among his highly acclaimed works, "Lotus Pond (蓮池)," an Eastern gouache painting Lin drew in 1930, was selected for the exhibition's fourth edition and awarded as an outstanding work. The delicate portrait of lotuses blossoming at dawn has served as serve as inspiration for future generations of Taiwanese artists and became the first-ever modern painting to receive designation as a national treasure.

At the height of World War II, the painter from southern Taiwan and his family sought sanctuary in the countryside. During the struggling time aggravated by on-and-off air raids, Lin finished his work "Way Back Home (歸途)." The painting portrays a sugar cane-carrying woman accompanied by a water buffalo, a common rustic scene in Taiwan's rural areas from the period of Japanese rule.

The depiction of a woman wearing a broad-brimmed hat with a large bovid by her side was one of the works selected by the tenth anniversary exhibition of Tai-Yang Art Association, the biggest and the oldest non-governmental arts organization in the nation.

Nature had remained Lin's main inspiration, even in the later stage of his career, but paintings from his twilight years are no longer realistic portraits of sceneries he had seen at home or abroad. The expression in these portraits is reinforced by the freeness in his brush strokes and the bold employment of different painting materials that span from colored ink, Eastern gouache to gold pigment.

While the dedication Lin upheld to capture the subjects of his drawings carved out a niche for himself among painters of his time, Lin's contributions to Taiwanese art also lie in his legacy as a tireless mentor. During the period of Japanese rule, Lin cultivated numerous Eastern gouache artists in his hometown. After the war, the artist started teaching at National Taiwan Normal University, a Taipei-based institution designated to train future teachers.

Remembered as a man of insatiable curiosity, Lin never missed any opportunity to sketch Taiwan's landscapes as well as sceneries of nations he visited. Neither did he cease to care about upcoming Taiwanese painters and how they preserve Taiwan's painting heritage while finding their place with the increasing dimensions of exchanges among artists worldwide

Years after his passing in 2004, Lin's family donated roughly 2,500 pieces of his artworks to the National Taiwan Museum of Fine Arts. Speaking of the donations that include Lin's first tiger painting, "Fierce Tiger Descending from the Mountain (下山猛虎)" of 1923, Lin Bo-ting (林柏亭), son of the remarkable painter, said the donation was made as per his father's wishes. "It is the right thing to do," said the former deputy director of National Palace Museum.